The Fisher has large and comprehensive holdings in several key areas in the history of medicine. Some of the highlights of the collections can be found below.

The core of the Hannah Collection was formed in 1974 with the purchase of a large portion of the library of the Medical Society of London, which several years earlier had decided to dispose of its collection. The Wellcome Institute of the History of Medicine was given first choice, and acquired copies of those items not already in its collections (about two thousand books and manuscripts), with the remaining volumes (about three thousand) going to auction. They were purchased by Jason A. Hannah of Associated Medical Services, Toronto, and donated to the University in 1974. To this core of three thousand books was added a small collection of rare medical works already in the possession of the library. Since 1974 there have been several major additions to the collection, notably the library of Thomas Lambo, a Nigerian doctor and senior executive of the WHO; the collection of works on obstetrics and gynecology belonging to Martin Pierce Rucker, a Virginian gynecologist; and the Harry Abbott collection in the history of dentistry, transferred to the Fisher library from the Faculty of Dentistry. Items are also added to the collection through gift, purchase, and transfer from the Gerstein Science and Medicine library. Acquisition is funded principally by the Hannah foundation, which also provides funds for some restoration work.

The Hannah Collection has grown considerably since 1974, and currently stands at about eleven thousand items. It is one of three major collections in the history of Medicine in Canada, the other two being the Osler Library at McGill, and the Woodward Collection at the University of British Columbia, and is one of the best in North America.

The collection covers all aspects of medicine, and is particularly strong in the areas of obstetrics and gynecology, anatomy, dentistry, psychoanalysis, and Canadian medical history. Other strengths of the collection are popular medicine, pharmacoepias, eighteenth-century British medical works, treatises on the plague, vaccination, and ephemeral publications, such as patent medicine literature.

In selecting materials for the collection, several criteria are used. Age is one of the most important. Traditionally 1850 is used as the demarcation line in the history of medicine (the catalogues of the Wellcome Institute are arranged on this principle). At the Fisher Library 1850 is used as a very rough cut-off date, and while the greater part of the collection predates 1850, there are certainly many books here published after this date (the library's books of psychoanalysis and Canadian medicine are two prominent examples). 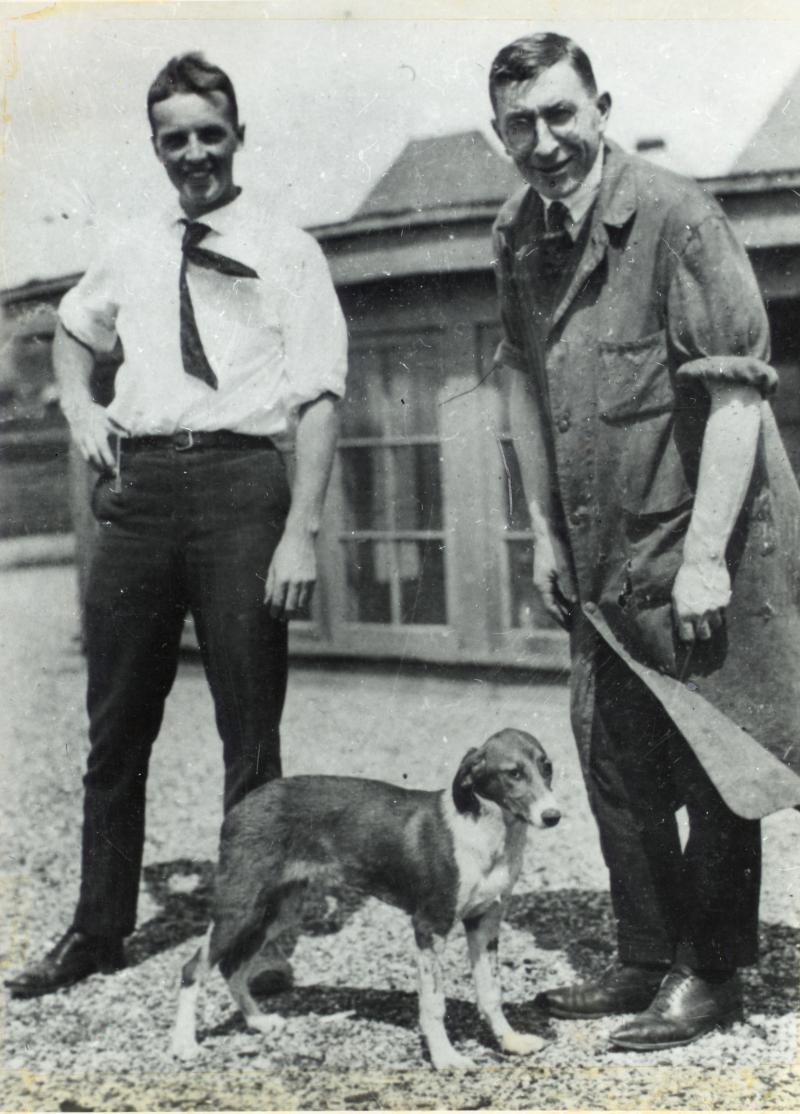 Correspondence, research notes and papers, articles, travel journals, drawings, photographs of Frederick Banting relating to the discovery of insulin. The collection also includes memorabilia, prizes and awards. Also deposited here is Banting's library of medical books. The collection was acquired in two lots, in 1957 and l976. Many of the materials have been digitized in the Library's digital collection on The Discovery and Early Development of Insulin which documents the initial period of the discovery and development of insulin, from 1921 to 1925.

The Charles Best papers were acquired in 1983 and supplement the Banting papers.

Other supplementary material to the discovery of insulin is included in the papers of James Bertram Collip, on deposit here since 1989.

This collection consists of twenty autograph letters written between 1873 and 1879 by Miss Nightingale to her friend and disciple Annie Machin, who had gone to Montreal to establish a nurses' training school at the Montreal General Hospital.

A collection of caricatures, cartoons, chiefly medical, by such artists as Alken, Bunbury, the Cruickshanks, Gillray and Rowlandson.

The Fisher library has several collections of original anatomical drawings executed by artists from Biomedical Communications (formerly Art as Applied to Medicine) at the University of Toronto Mississauga. Many of the drawings have appeared in medical textbooks, including Grant's Atlas. One recent acquisition was the drawings by David Mazierski for a textbook on the anatomy of the dromedary camel.

Ninety-two titles, from the Jason A. Hannah and Academy of Medicine collections and featuring approximately 4500 full page plates and other significant illustrations of human anatomy have been digitized in the Library's digital collection, Anatomia, 1522-1867.