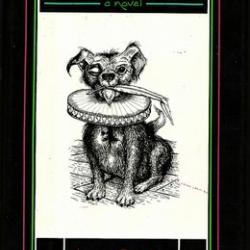 The John H. Meier, Jr. Governor General’s Literary Award Fiction Collection is the largest and most comprehensive of its kind in the world. The collection consists of five hundred volumes, including various issues of the Canadian, American, British, Australian first trade editions, galleys, uncorrected proofs, trial dust jackets, advance review copies, association copies, author copies, letters and ephemera. John Meier started his collection in  late 1999. When he decided to begin his collection, in late 1999, he became serious about purchasing the best copies available, which involved several road trips across the country.

This exhibit is also a celebration: it was 75 years ago, on November 24, 1937, that the first Governor General’s Awards were presented by Lord Tweedsmuir (John Buchan). The ceremony was held a short walk from the Fisher Library, at the University of Toronto’s Convocation Hall. Most of this country’s leading writers have been honoured with the GG, from Hugh MacLennan to Morley Callaghan to Michael Ondaatje, and through to Margaret Laurence, Alice Munro and Margaret Atwood.