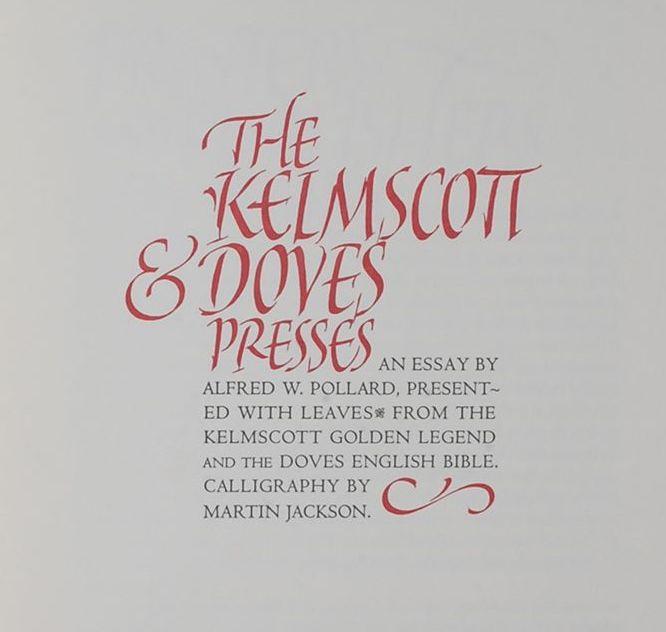 One of the things I’ve never taken for granted since I started working at the Fisher over 15 years ago is having access to our incredible collection. Imagine how fortunate I am to be able to roam among the 750,000 volumes or so in our stacks, pulling Shakespeare’s First Folio off the shelf on one floor, and going to another part of the library to look at one of our two copies of the Nuremberg Chronicle. It is something I still get a high from, even after all those years. I recognize this is a luxury, of course, since not everybody is fortunate to work in a rare book library. Yet over the years there have been other means for bibliophiles to experience a similar thrill.

Enter leaf books. By its simplest definition, a leaf book is one that contains an original leaf or page from a book – and usually a significant manuscript or book (the most famous and most expensive leaf book is probably still A Noble Fragment, Being a Leaf of the Gutenberg Bible, 1450–1455) – that is usually accompanied by an essay written by an expert on the book or the press. They tend to be published by different sources: booksellers and book collecting clubs, for example, but many private presses have also produced leaf books.

The Fisher has a number of leaf books in the collection, but I’ve been particularly interested in some recent ones printed and published by Vancouver-based Rollin Milroy and his press, Heavenly Monkey. Rollin’s interest in leaf books makes sense: as one of this country’s finest bookmakers, he’s a keen student of the history of book design and typography. He’s also taken some original approaches to the genre of leaf books – a good example is The Kelmscott & Doves Presses: An Essay, published in 2019. (The Fisher has both states of the book.) While both Kelmscott Press, the famed press founded by William Morris in 1891, and Doves Press, established in 1900 by T.J. Cobden-Sanderson, have had leaf books devoted to the presses, this is surely the first that examines both within the same book.

Additionally, what makes this pairing even more compelling is the press’ differing printing sensibilities – it’s not an obvious and natural coupling, in other words. Kelmscott is known for its ornate and some would say “old fashioned” book design - Morris favoured a pre-industrial approach to design and production - while Doves' Cobden-Sanderson had more of an eye toward the future, preferring a more "modern" approach to book design. It’s precisely because of these differences that the Heavenly Monkey book works so well.

Rollin frames the book with an essay by Alfred W. Pollard, published in 1921 for a catalogue of Kelmscott and Doves books owned by Los Angeles collector and philanthropist William Andrews Clark Jr.’s. (His name may sound familiar: UCLA’s rare book library is named for him.) As Rollin writes, the essay is less about the history of the presses themselves; rather, “it’s a meditation on their influences and influence, particularly in matters of design and typography.” To his knowledge, the essay hasn't been republished since its first appearance in print.

The other unique approach is Rollin’s own thoughts on the essay, published as a “Note from the Printer” at the back of the book. For lovers of book design, he goes deep into the weeds. For example, he points to Pollard’s thoughts on paper margins by the presses:

“In his remarks about margins, Pollard's fundamental point, about the importance of margins and overall proportions among the elements of a page, is sound, but the number set 7 : 9 : 17 : 23 is odd. It offers none of the simple relationships or natural progressions (e.g. the Fibonacci series' o, 1, 1, 2, 3, 5 ... ) that typically define proportional design schemes. The ratio for the horizontal (upper/lower) and vertical (inner/ outer) margins could, with some rounding, be called the same.”

He also employs another special touch: in a tribute to Doves Press, which often used calligraphy for its initialing (rather than ornamental type typically deployed by Kelmscott), the book contains original calligraphy by Martin Jackson. And of course the book contains those two leaves, one each from Kelmscott’s The Golden Legend – it seems this is the third leaf book featuring one of the most important books produced by Morris – and Doves’ famous printing of The English Bible.

The Fisher is of course fortunate to own both of the original titles, but having this leaf book from Heavenly Book only helps expand our understanding of both the presses and these extraordinary works.