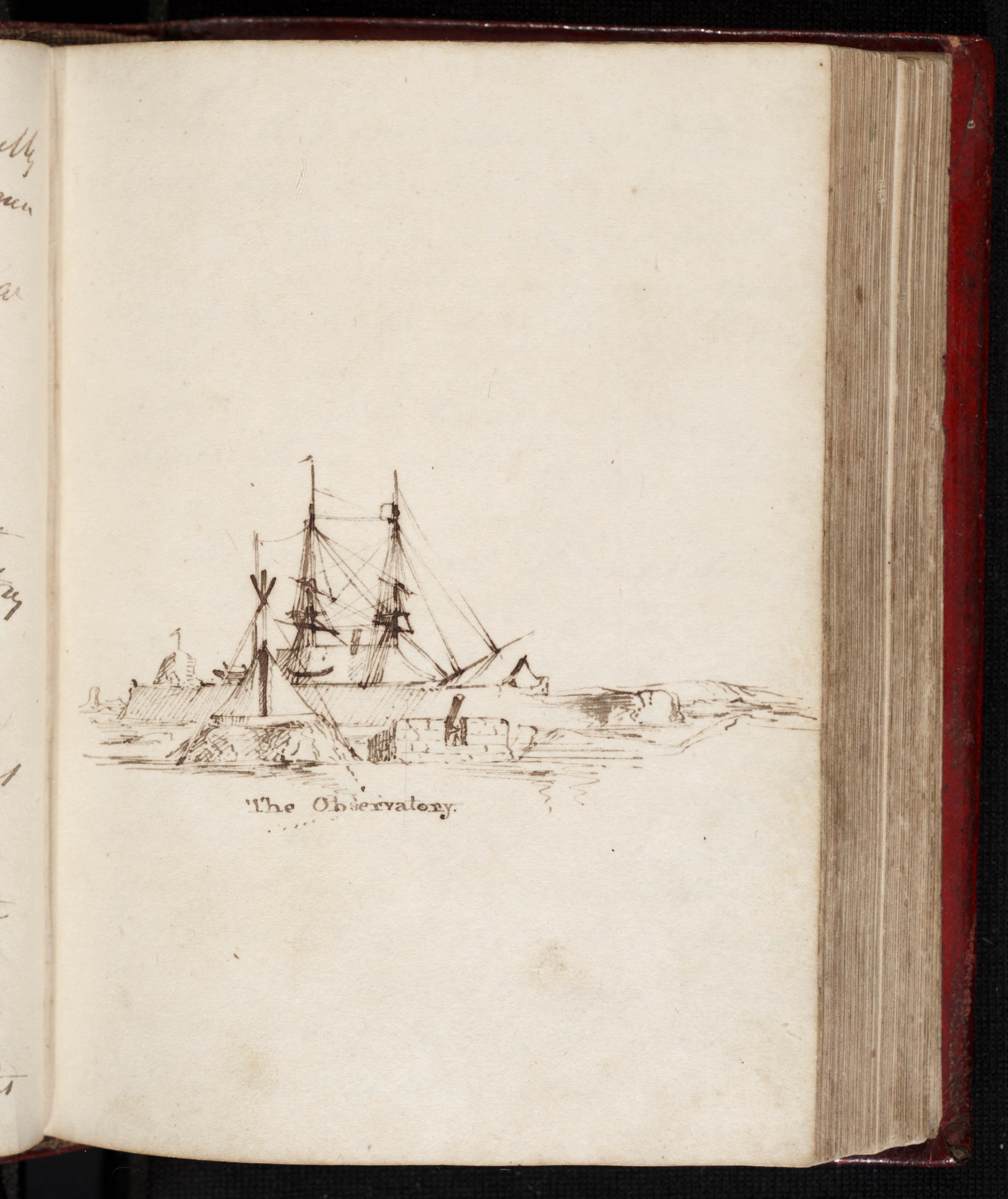 This week, the Fisher celebrates Science Literacy Week with a series of blog posts that highlight materials from our collections - including, of course, from our much-celebrated History of Science collection.

"Climate change is occurring most rapidly in Polar Regions, and the magnitude of change is greater than currently experienced in other parts of the world. The Arctic thus functions as a “canary in the coal mine” with respect to direct and indirect responses induced by climate change." So wrote Katrine Borgå, Professor of Ecotoxicology at the University of Oslo in 2019. The fact that ships can now sail across Canada’s far north from east to west at certain times during the summer months bears witness to the dramatic and frightening climactic shift that has occurred in the Arctic. The long-desired route from Europe to Asia, of which captains dreamed from the sixteenth to the twentieth centuries, is now a reality, but at what cost?

Among the many intriguing holdings at the Fisher that document that search for a northwest passage is the Journal of a Voyage for the Discovery of the N.W. Passage in H.M.S Terror, written by Owen Stanley (1811-1850). Stanley joined the Royal Navy at the age of fifteen and was trained as a surveyor. His journeys took him to South America, through the Straits of Magellan, and around the Greek archipelago to name but a few places. In June of 1836, he found himself on board the Terror under the command of Captain George Back, bound for the Arctic. On that expedition, his principal responsibility was to record the astronomical and magnetic observations made on the voyage, detailed in this diary. (A fully digitized version of the diary can be found on Collections U of T.)

In its pages, Stanley shows himself to be meticulous in detail. He provides an inventory of the scientific instruments that the government had issued him: four compasses, two sounding machines, six thermometers, a case of mathematical instruments, measuring chain and tapes, two dipping needles, one hydrometer, and one marine barometer. 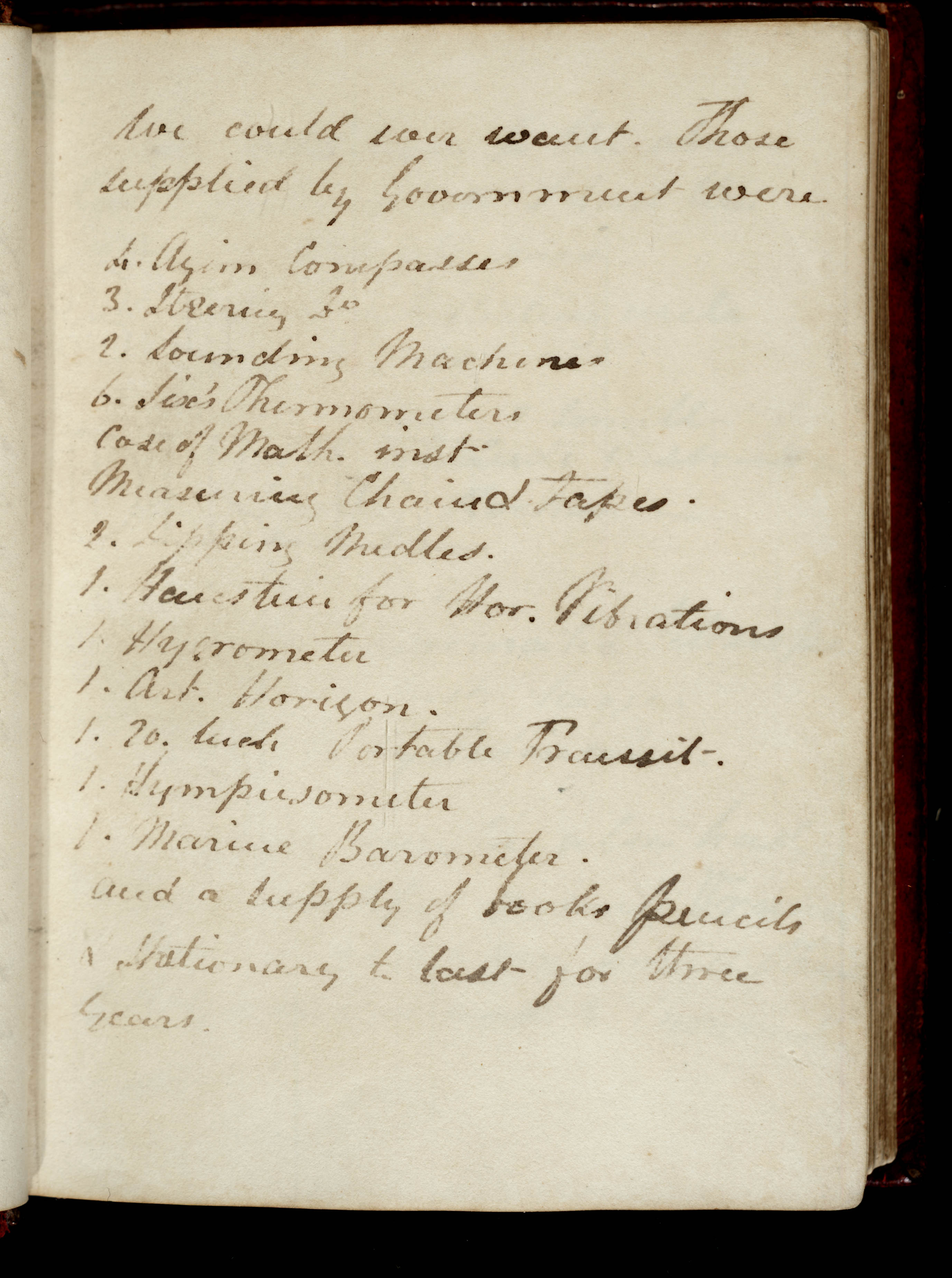 He also lists his own personal equipment that he brought with him, including a repeating reflecting circle, micrometer, chronometer, a forty-inch achromatic telescope, and another large case of mathematical instruments. 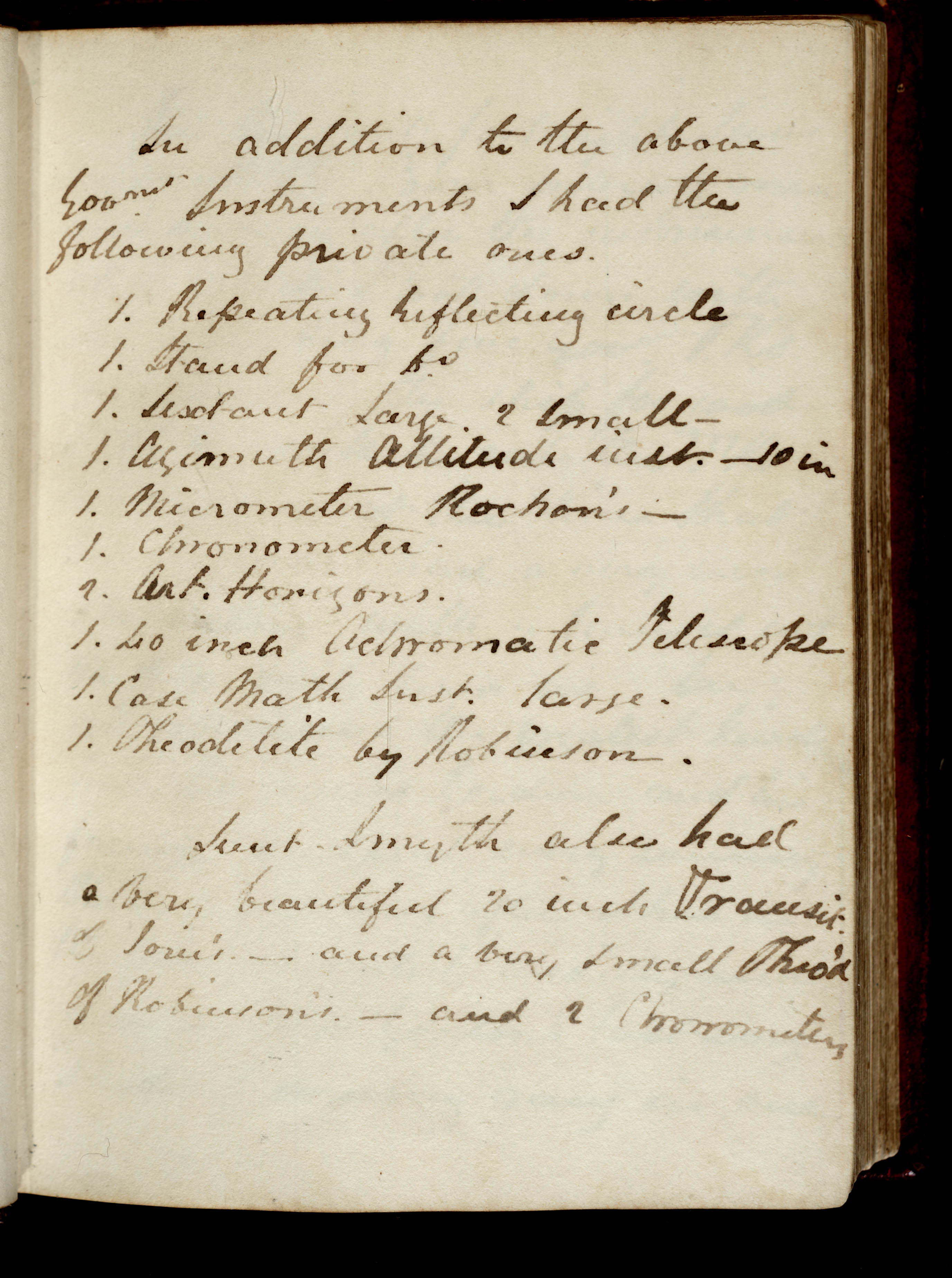 His vivid descriptions of the mission include lively reports of encounters with polar bears, the hazards of anchoring one’s ship to rolling icebergs, and perhaps most fascinating of all, how to while away the hours after your ship becomes frozen in sea ice, something that actually happened to the Terror and its companion the Erebus on 1 October 1836. With his ship now immobile through the autumn and winter, Stanley reports that the men hosted a masquerade party on board while he "created an observatory for himself on the ice with a revolving roof made of blanket." 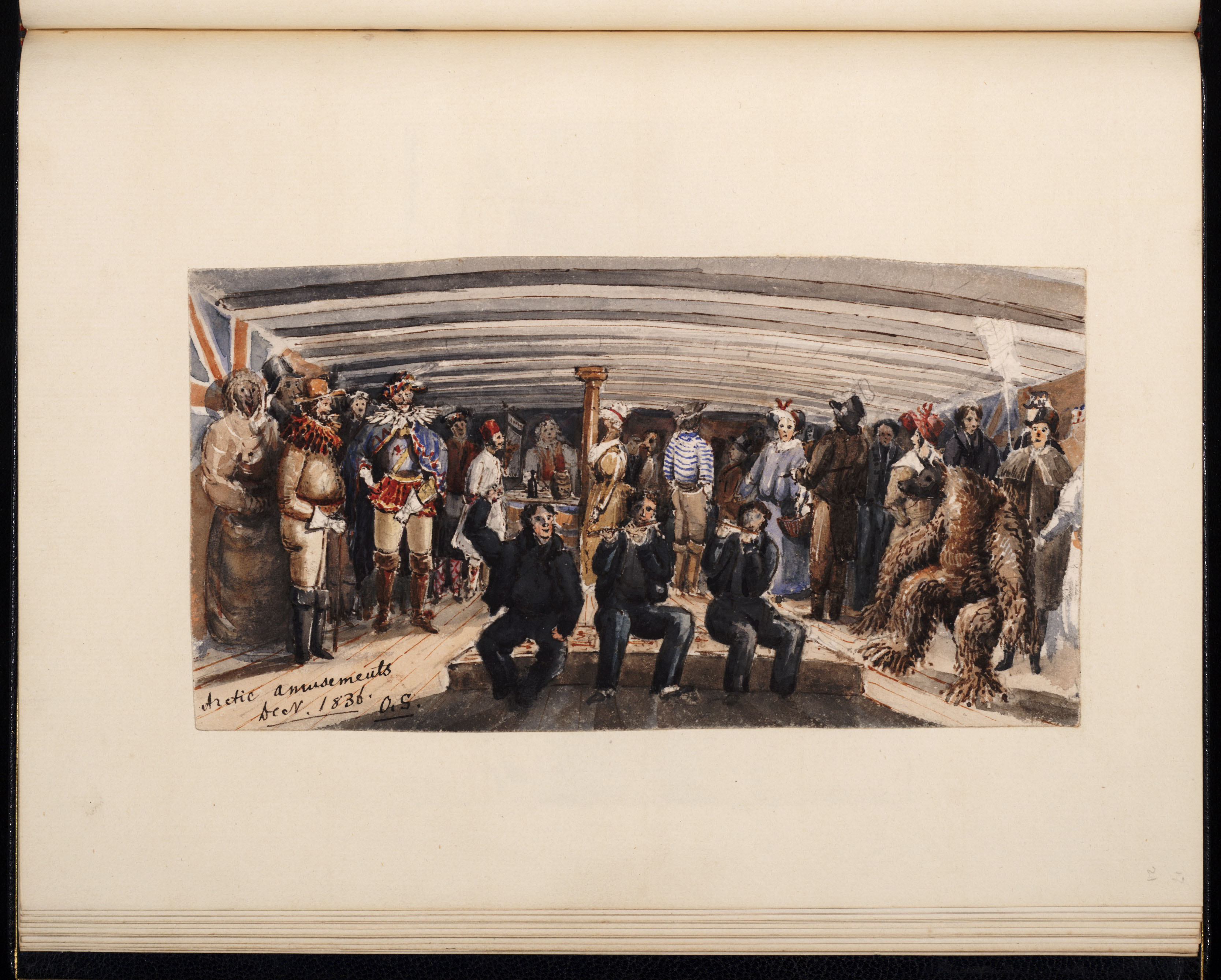 His most humorous entry reveals that "one day in taking a round of angles with my sextant I found my nose had stuck to it but that was in consequence of it being wet at the moment." The journal, which also contains a number of fine pen and ink drawings, ends in mid-sentence before the ships were released from the icy grip of the Arctic Ocean. After the completion of this mission, in 1838 Stanley was given his first independent commission, the command of the brig Britomart, surveying the warmer waters of the East Indies and Australasia, which must have been a pleasant change from Canada’s polar icecap.

Journals such as these give climate historians a better sense of the ways in which the Arctic has indeed changed since the days of the Industrial Revolution. By reading them in conjunction with official government reports and five centuries’ worth of scientific records, we get a better sense of whether that canary is still singing its own sweet song or a lament for a landscape and way of life that is passing away. As for the Terror and Erebus, they are most famous for being the ships commanded by Sir John Franklin (1786-1847), lost during the Arctic expedition of 1845-1848 after they had once again become lodged in ice. The Erebus was discovered sitting at the bottom of the eastern portion of Queen Maud Gulf in September of 2014, and the Terror in Nunavut Bay in September of 2016. Ironically, their discovery is only possible because of the disappearance of sea ice.