Queer Women in the History of Medicine: Sophia Jex-Blake and Women’s Medical Education in Victorian Britain 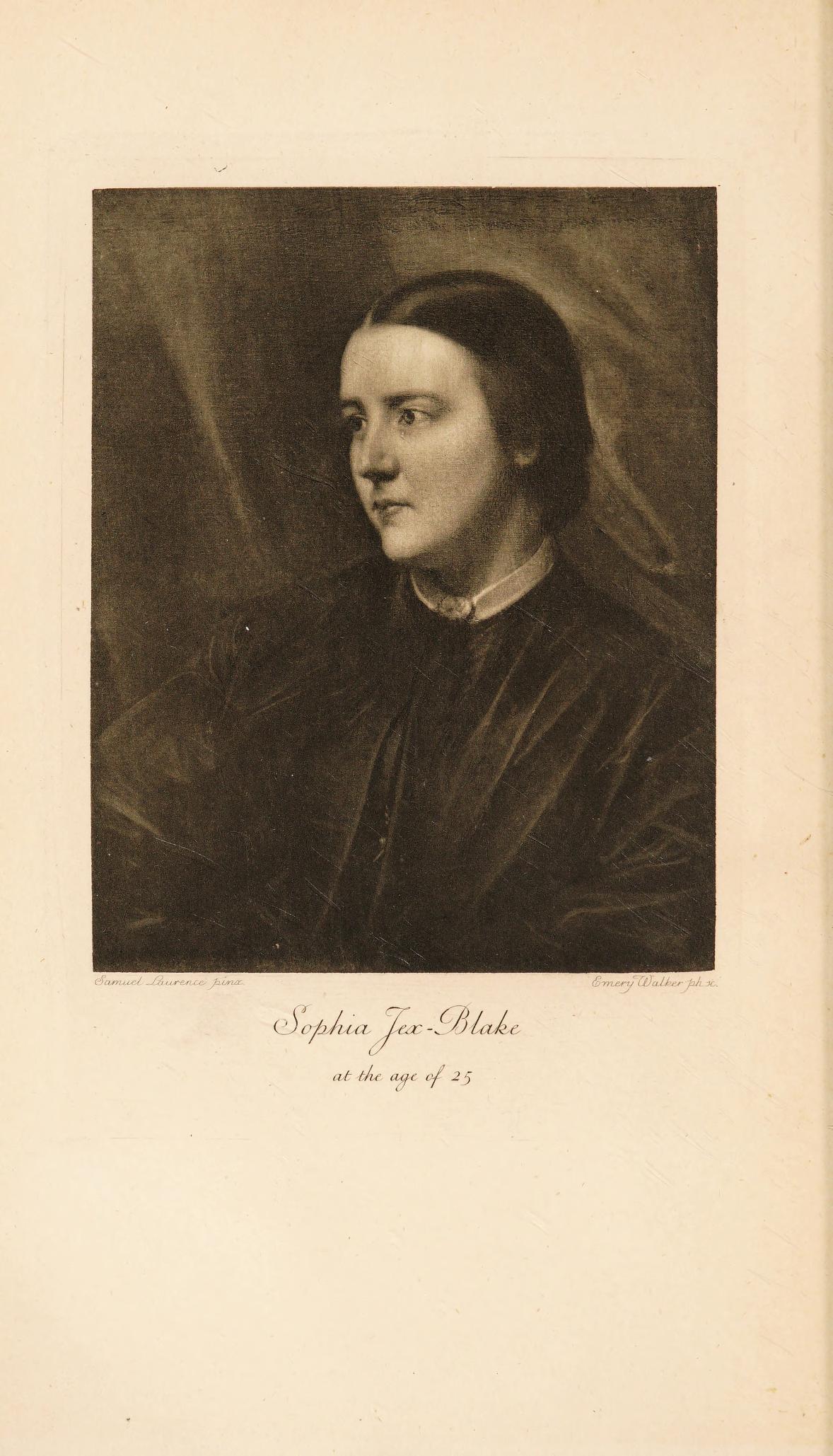 Nineteenth-century Scottish physician Sophia Jex-Blake (1840-1912) devoted her life to the advancement of womens’ rights in the field of medicine. Her career and personal life reveal how the professionalization of modern medicine occurred alongside changing social attitudes about women’s social rolls and sexual identities.

Denied access to professional medical education as a young woman, Jex-Blake and six other women (Isabel Thorn, Edith Pechey, Matilda Chaplin, Helen Evans, Mary Anderson, and Emily Bovell) – who became known as the ‘Edinburgh Seven’ – campaigned for nearly a decade for their right as women to attend medical school and practice medicine. The Seven’s work garnered international attention and the support of prominent physicians and scientists, including Charles Darwin. It culminated on November 18th 1870 with the Surgeon’s Hall riot where Jex-Blake and her peers were attacked by male students and shut-out of the Royal College of Surgeons where they were due to write exams in anatomy. The display at the Surgeon’s Hall brought more public support for what was now a movement. After several petitions to medical institutions and government, the Medical Act of 1876 was passed, allowing all medical institutions in the Britain to license qualified applicants as Medical Doctors regardless of their gender.

In 1869 Jex-Blake contributed to a volume published by prominent suffragist Josephine Butler with an essay, “Medicine as a Profession for Women.” Jex-Blake appealed in her essay to the early history of medicine, noting references to medicine and women in both The Iliad and The Odyssey, as well as in Renaissance Italy, up until Jex-Blake’s time. She noted, however, that women’s medical knowledge had largely been constrained to female concerns of midwifery and childcare and relegated to realm of the domestic or ‘non-professional’. The Fisher Library has several collections in the history of medicine that trace women’s involvement in medical practice from antiquity to the present day, including a library of works on obstetrics and gynaecology; a collection on pediatric medicine, and several examples of domestic medical manuscripts prepared by women. The Library also holds a copy of Jex-Blake’s medical school dissertation on peurperal fever, one of only five copies in public institutions world-wide. In the dissertation, Jex-Blake herself emphasizes the importance of studying the history of medicine and the history of particular diseases, so as to avoid the dangers of “theoretical pathology.” 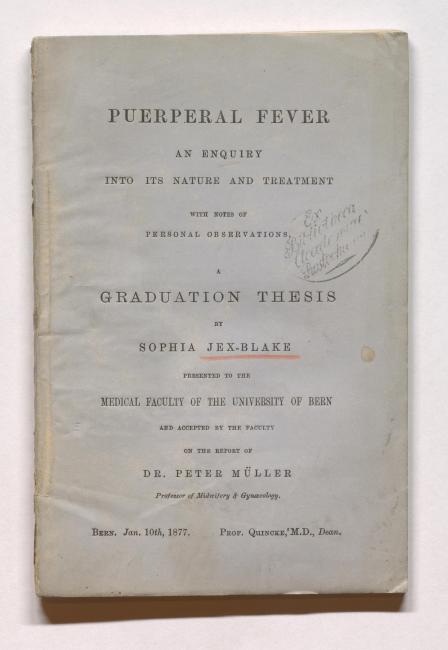