IA Book of the Week: Women of Canada: Their Life and Work 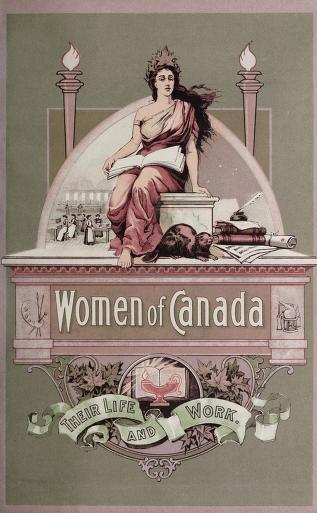 Each week the Fisher Library highlights an item from one of its many collections digitized online on the Internet Archive. This Monday, in honour of International Women’s Day we will be looking at “Women of Canada: Their Life and Work.” 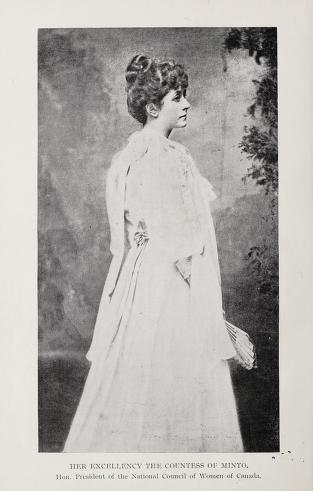 “Women of Canada: Their Life and Work” was published in 1901 and according to the first page of the text, was the outcome of a deputation appointed by the National Council of Women of Canada in 1898. The Canadian Government invited the council to prepare a handbook of the history, achievements, and the position of Canadian women as a whole. The handbook was made for the Paris Exposition of 1900, a World’s fair held to celebrate the achievements of the past century. Women from all around the country contributed to the work on a variety of topics including education (in both English and French), trades and industries, church and charity work, professional careers, national women’s organizations, arts and other handicrafts, social life, and more. 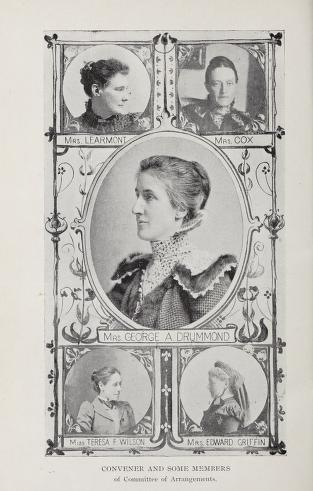 Each chapter of “Women of Canada” provides information to readers on the status of women in that specific field. It also includes lists of women of note. For example in the chapter on professional careers, the first page begins with an explanation of how professional training is undertaken in Canada. The author claims that no degree obtained at a university qualifies for practice in any profession and that usually another type of examination is required before being able to practice medicine, law, dentistry, and the like. A list of universities and colleges is listed where women can obtain degrees in in these professions along with science, music, and pharmacy. The contributor to this chapter, Mrs. Edwards, also provides lists of women who have degrees in these areas. According to the 1891 census, there were eleven female dentists in the country. 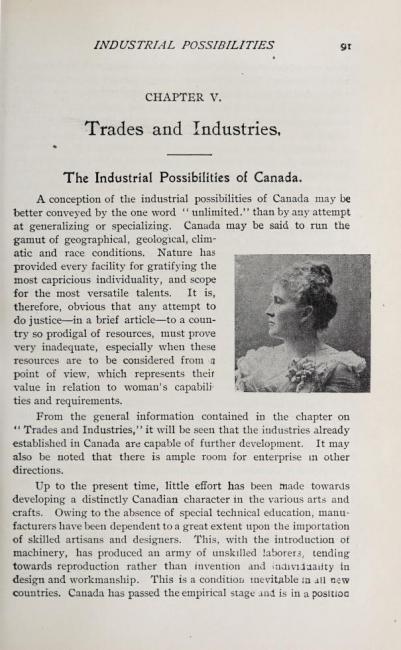 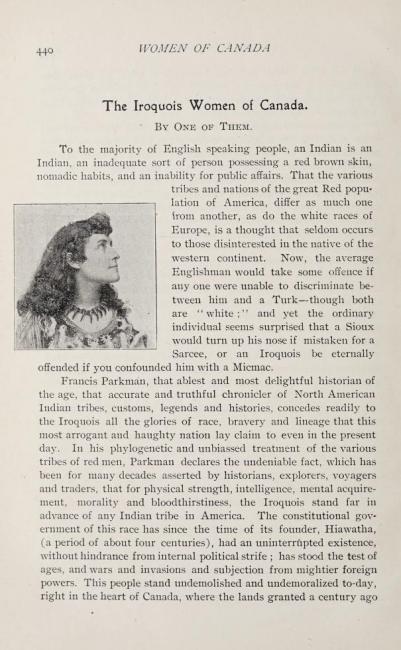 “Women of Canada” concludes with a section on Indigenous women, the final chapter being “The Iroquois Women of Canada, By one of them.” This section is written by Pauline Johnson, a poet and author of Iroquois and English ancestry. Johnson explains to readers the role of Iroquois women and the diversity of the Indigenous peoples.

As we celebrate International Women’s Day, let us celebrate what makes us unique and celebrate all women. Let us empower each other and leave no woman behind.