IA Book of the Week - Woman: Maiden, Wife, and Mother 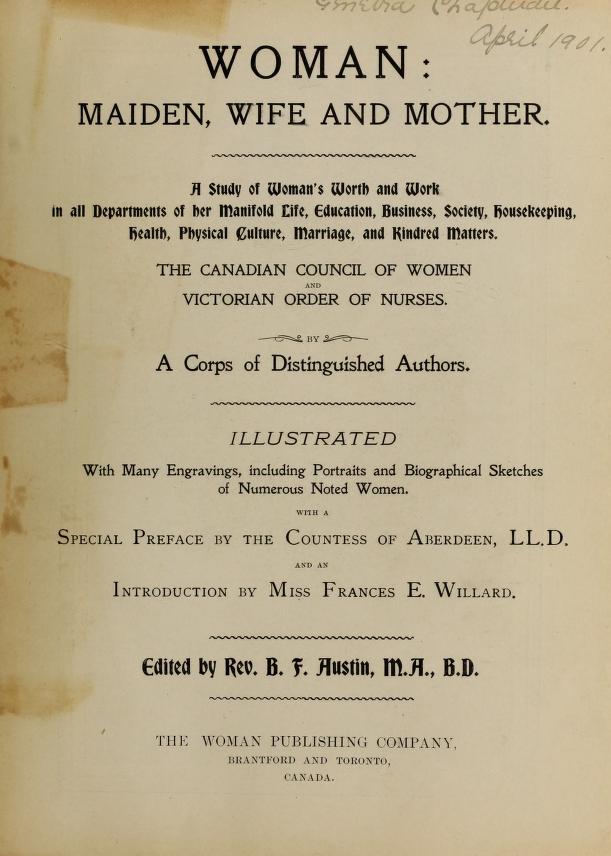 Each Monday, the Fisher Library presents a piece from its collection on the Internet Archive, which is open to anyone to explore. This week, Rachael takes a look at a book from the Canadiana Collection.

In an 1898 piece on the status of women, the Countess of Aberdeen called for the world to recognize the worth of women as partners of men and for them to work together in the same spaces “harmoniously doing their own part in unison and natural sympathy.” While the Countess is not necessarily advocating for men and women to switch roles or for either to participate more in the traditional roles of the other, she is imploring that a partnership of men and women working together be recognized. This plea is what begins “Woman: Maiden, Wife, and Mother.” This 596 page book is credited to Benjamin Fish Austin, The Canadian Council of Women, and the Victorian Order of Nurses for Canada. The words of the Countess of Aberdeen are contained in a special preface at the start of the book. “There seems but little fear in these days of women being allowed to forget their responsibilities…” The world has seen a revolution in this century with regard to the work, position and opportunities of women.” Upon reading this, an individual might be surprised to hear such a progressive idea about the role of women in the late 19th century. While it is true that women were advancing in their position in work and education, it was still mainly seen as a means of improving their domestic duties. 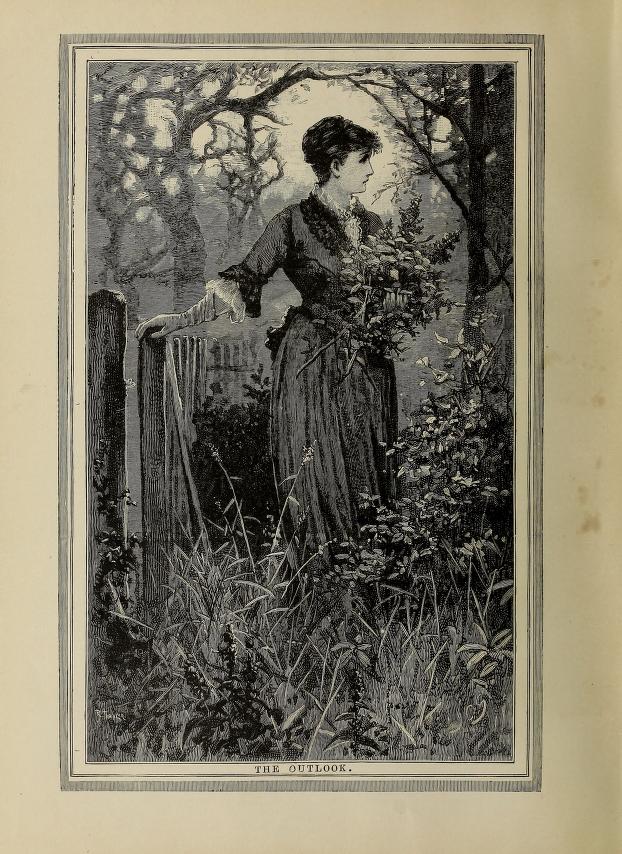 “Woman: Maiden, Wife and Mother” is an intriguing glimpse at women in the 1890s. Following the book’s preface, a list of “Women of Note” is provided. This section lists the women in alphabetical order who are discussed in the book and offers the page number where they are mentioned. The next section of the book is a table of contents where each chapter is named along with a short description of its contents. Some of the chapters include women as wage-earners, woman in art and song, woman in literature, and woman and the Bible. The first section of the book is focused more on women’s involvement in less traditional spheres. 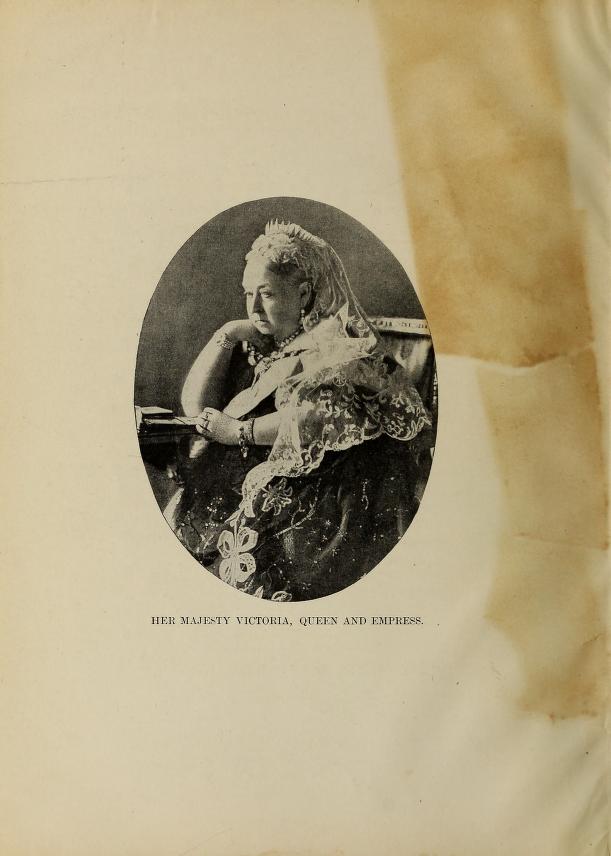 A chapter on “Women in the Study and Practice of Medicine” is an example of what we might consider historically as non-traditional for women. The author of the chapter, Dr. Augusta Stowe Gullen of Toronto, would disagree as she begins by diving into a rich and interesting history of women in medicine dating back to both Egyptian and Roman mythology. She begins by stating that the Egyptian Isis was appointed custodian of the health of the human race. She goes on to name dozens of women who have successfully attended prestigious universities across Europe and the United States to be educated in the field of medicine. As recently as 1870 she claims, the University of Stockholm admitted women and, shortly after, three graduated in medicine and two as dentists. Coming to the end of the chapter Gullen states that evidence of women’s acceptability as medical practitioners particularly in the United States “form in themselves at once a proof and a promise: a proof that woman’s estimate of herself is the right one, and a promise of great things, both in the study and practice of medicine.” 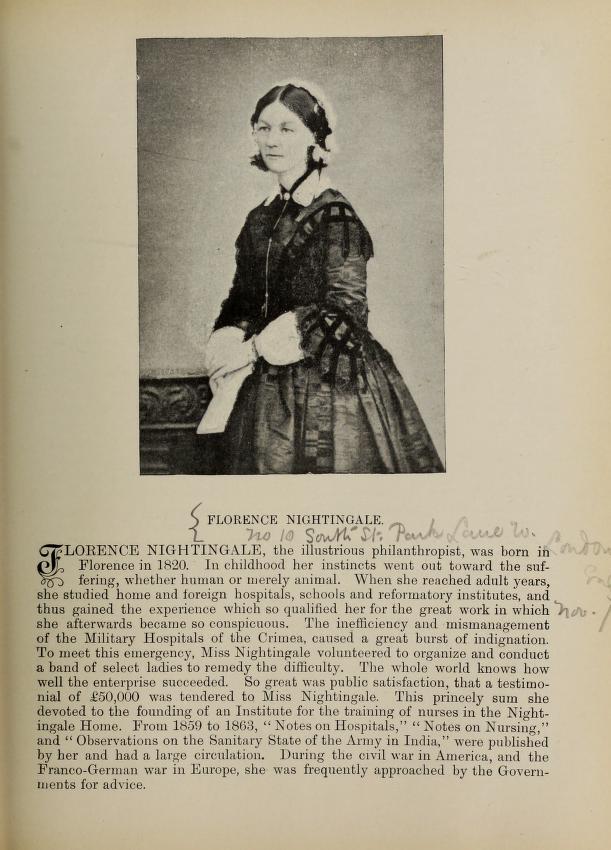 Dr. Gullen’s chapter on women in medicine marks a strong departure from the conservative views of the past on women’s work. Gullen believed that all young women should be taught some form of vocation, whether it be as housewives, doctors, lawyers, ministers, dressmakers, or artists. She urges for our daughters to think of marriage as a happy incident in their life, not as the be all and end all of their life’s purpose. “It is the woman that dignifies the labor.” So to sum up Dr. Gullen’s viewpoint: girl power!