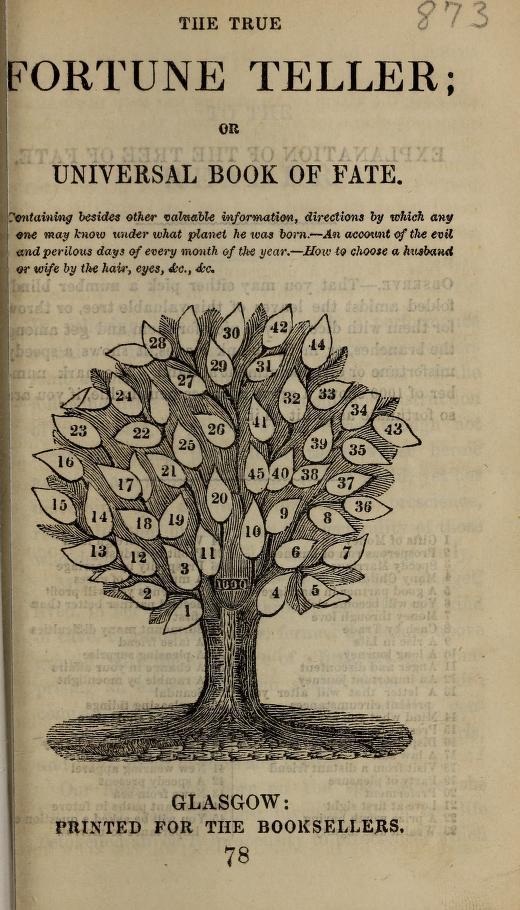 Each week the Fisher Library highlights a book from its many collections available to anyone on the Internet Archive. This week, Rachael takes a look at an item from our chapbook collection.

With only a few days left until Halloween it’s time to dive into another spooky chapbook by Joseph Crawhall. Earlier in the month we highlighted one of his works on sleight-of-hand tricks and ghastly illusions. This week we will be examining “True Fortune Teller, or Universal Book of Fate.” Joseph Crawhall lived from 1821 to 1896 in Scotland and was a writer, wood-engraver, book designer, and collector. There is no printed publication date on this particular chapbook. The full title of this item is, “True Fortune Teller; or Universal Book of Fate: containing besides other valuable information, directions by which any one may know under what planet he was born – an account of the evil and perilous days of every month of the year – how to choose a husband or wife by the hair, eyes, &c., &c.” Historically, fortune telling has its roots in ancient civilizations dating back as far as 4000 BCE. Prophetic dreams played an important role in ancient religion and medicine. Fortune telling and clairvoyance has also often been seen in opposition to Christianity and other Western religions.

The lengthy title informs the reader of what they can expect to find within the pages of this book. The first page has an image of a large tree with many numbered leaves. At the bottom of the following page there is a legend indicating the fate of each leaf. There are a few ways to determine which leaf one is to pick. One is either to pick a leaf while blindfolded so the choice is random, or the other choice is to roll a pair of dice. The leaves have both positive and negative fates attached to them. Picking a certain number could predict gifts of money, the blessing of many children, a visit to a foreign land, or prosperity in marriage. However, one may not be so fortunate as to land on one of these fates as picking a certain number could also signify a fight with a spouse, a lawsuit, or having a false friend reveal themselves. Try not to worry though, there are 45 leaves on the tree so there are many options to land on, try it if you dare! 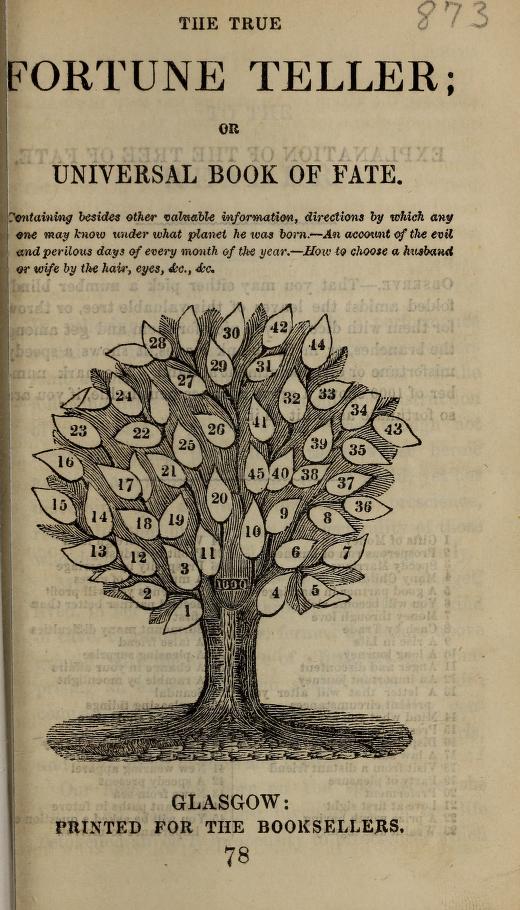 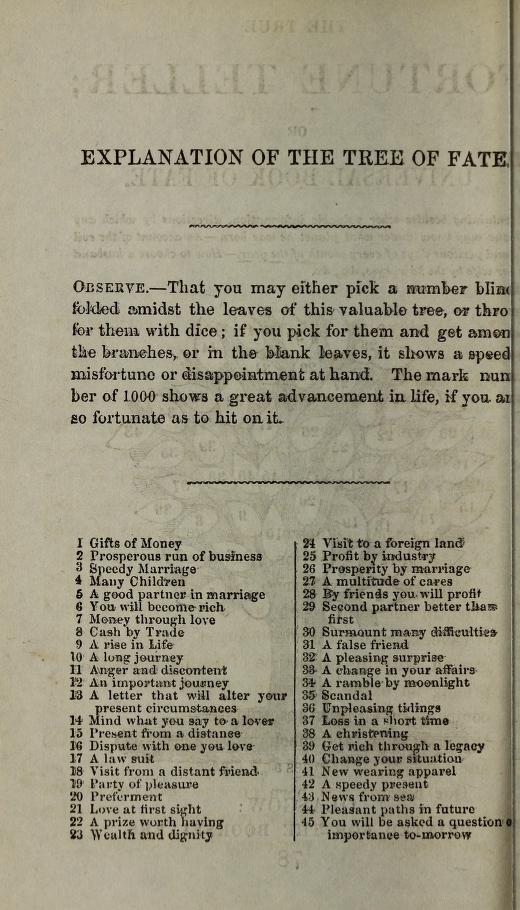 A note to the reader follows the section on the Tree of Fate:  “In ushering into the world such a performance as this, it may be necessary to give our readers some account of the life of the person who left the following little work for the benefit and instruction of the world.” Crawhall goes on to explain the story of Mrs.Bridget (Mother Bridget) who wrote the book which he then translated into English. According to Crawhall, Bridget lived in a cave for most of her life after her parents died when she was very young. She then began to study people and the stars in order to become what we would consider a fortune teller. Subsequent sections of the book focus on the personality and fates of those born at a certain time. There is a table for the planetary hours of every day of the week and what it means to be born under that hour. Also included is information for children born on a specific day of the month, under specific phases of the moon, and certain days of the week. She also includes a list of which days of the month are “evil.” 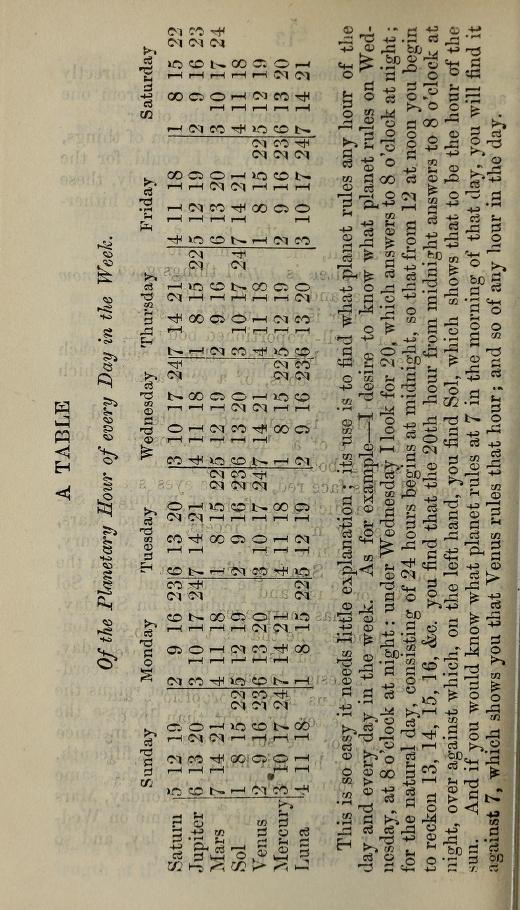 The final section of the book is titled “Judgements Deduced from the Nails.” This portion of the book is devoted to personality traits associated with how someone has their nails shaped or coloured. Someone with narrow nails means they are desiring to be educated in the sciences, round nails denote hastiness, while nails that are red and spotted means the person delights in cruelty and war. Be sure to keep that in mind the next time you get your nails done!