IA Book of the Week: Toronto of Old 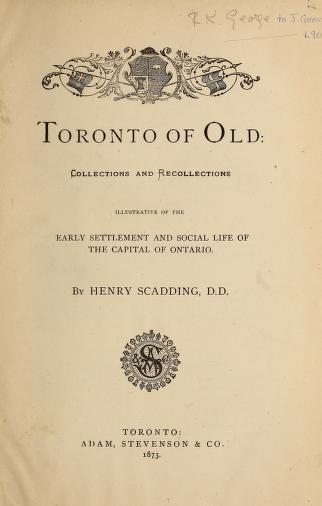 Each week the Fisher Library highlights an item from one of its many collections digitized online on the Internet Archive. This week, Rachael takes a look at a book from our Canadiana Collection.

Have you ever wandered around your neighborhood and wondered what it used to look like 100 or even 200 years ago? Have you been curious about what it would have been like to walk down old Church Street in Toronto, or to gaze upon St. James’ Church? Henry Scadding’s “Toronto of Old: Collections and Recollections, Illustrative of the Early Settlement and Social Life of the Capital of Ontario” takes the reader through a tour of Toronto streets and neighborhoods of olden days. The book was published in 1873.

In the book’s preface, Scadding describes how the book was conceived. “The plan pursued was to proceed rather deliberately through the principal thoroughfares, noticing persons and incidents of former days, as suggested by buildings and situations in the order in which they were severally seen ; relying in the first instance on personal recollections for the most part and then attaching to every coigne of vantage such relevant information as could be additionally gathered from coevals and seniors, or gleaned from such literary relics, in print or manuscript of an early date.” The descriptions of Toronto neighborhoods featured in this book have been pieced together from stories and research, but Scadding assures readers that this is not a “history of Toronto.” He claims it was never his intention to provide a narrative of every local event, or the names of those who lived in the area. 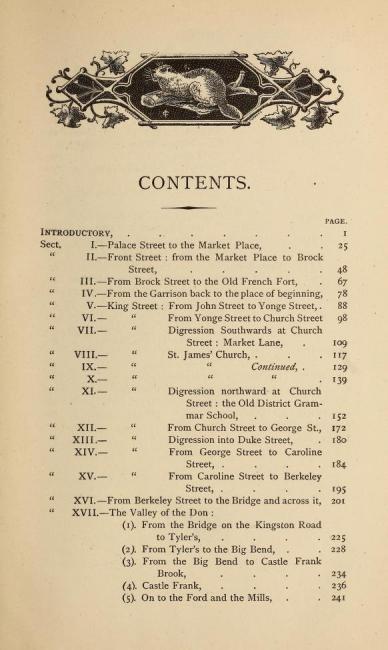 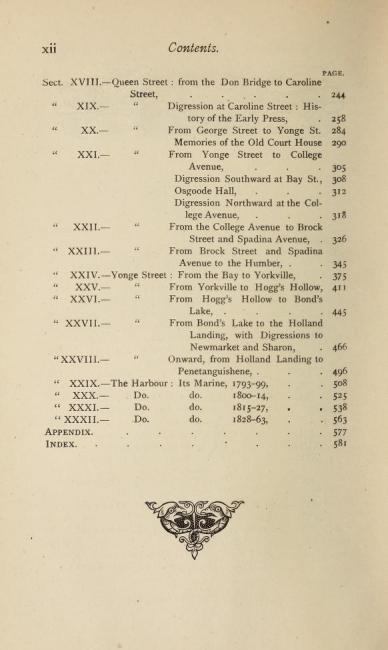 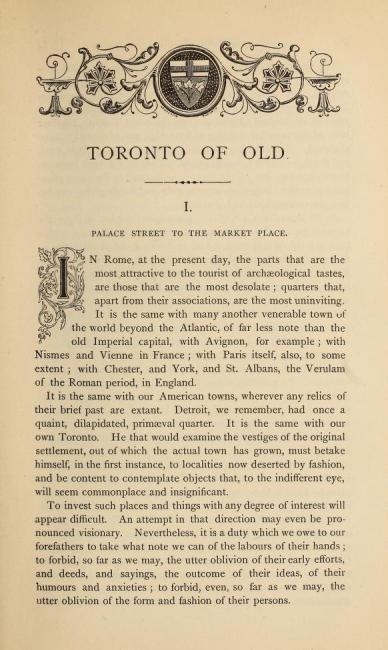 Once the introduction is complete and the stage has been set, Scadding launches into his street-to-street descriptions of Toronto of Old. Some of the streets visited in this collection are Front Street, Brock, King, Yonge, Church, and “across the bridge to The Valley of the Don.” For those who frequent the University of Toronto’s downtown campus, page 284 begins at George Street and works it way to College and then Spadina. Sadly, there are no illustrations, maps, or images of any kind in this book so readers will have to use their imaginations to transport them back to Toronto of old.