IA Book of the Week: Things Not Generally Known 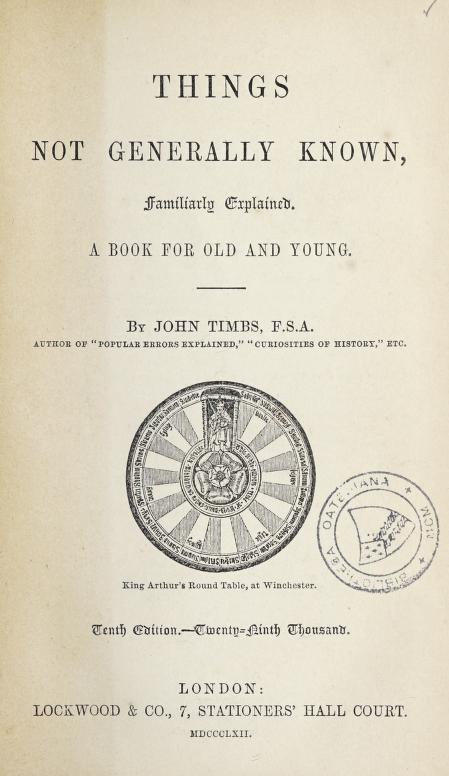 Each week, the Fisher Library highlights an item from one of its many collections digitized online through the Internet Archive. This week, Rachael takes a look at a book in our Biodiversity Collection.

Have you ever been intrigued by those books or television programs with titles such as “Mysteries of the Universe,” or “Secrets of the Unknown: Explained?” While these are just example titles, this week’s blog looks at a book in the same category of the bizarre and unusual. “Things Not Generally Known, Familiarly Explained: A Book for Old and Young,” by John Timbs treats readers to fun and unusual tidbits of information “not generally known.” The frontispiece of the book contains two illustrations related to someone having weighed the Earth. Timbs’ book was published in 1862. 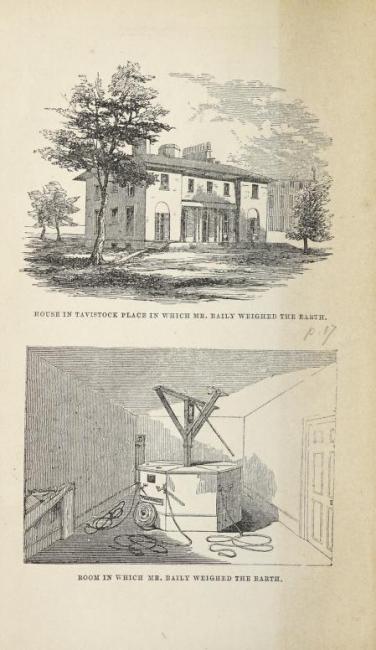 Timbs begins his book with a brief preface, followed by a table of contents. The book’s contents consist of chapters on “Marvels of the Heavens,” “Life and Death,” the “Animal Kingdom,” “Laws and Customs,” and more. The page after the table of contents explains the frontispiece of the book. According to the author, an astronomer named Francis Bailey “within a small room ‘contrived a pair of scales that enabled him approximately to weigh the vast sphere’ at this residence…” The result of the experiment was that the Earth weighs 6,049,836 billion tons. The remainder of the book is filled with chapters on different topics containing short paragraphs on different matters contributed by academics and scientists of the time. Some of these categories include “The Age of the Globe,” “The Boom of Our World,” “Quantity of Salt in the Sea,” the height and weight of the atmosphere, the causes of the London Fog and more. 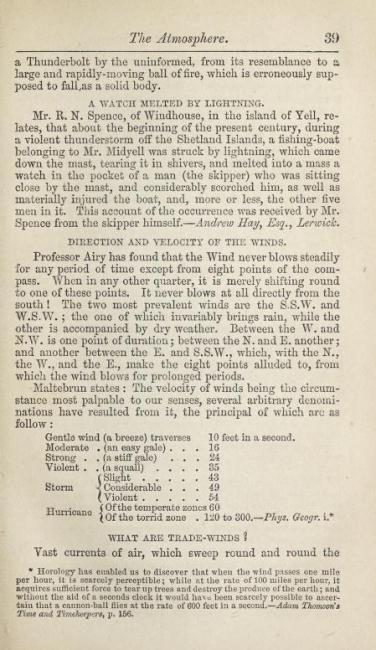 Some of the more intriguing sections of the book are interesting because to today’s reader the “fact” would be known to be untrue. An example of this would be why people’s hair turns grey. According to Dr. Allen Darnell, the human hair turns grey because of secretions created in the body caused by fear and trauma, not age. He once even knew a man in London on the verge of bankruptcy to have his hair turn grey, only to reverse to its original colour once the man’s prospects turned positive again. It is also stated that flies are able to walk up vertical surfaces because of little vacuums on their feet. Further into the book, a chapter on natural magic attempts to explain the wonders of the supernatural. “Many of these Wonders are to be explained by the illusory appearances of the works of nature themselves being transformed into realities by the imagination of the observer.” 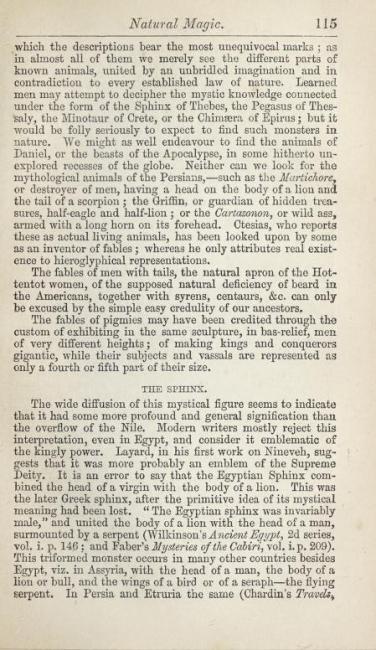 So if you are looking to find some interesting conversation starters, Timbs’ book on “Things Not Generally Known” would be an excellent place to look.