IA Book of the Week: Popular illustrations of the lower forms of life; comprising I. The protophyton. II. The protozoon. III. The coelenterate 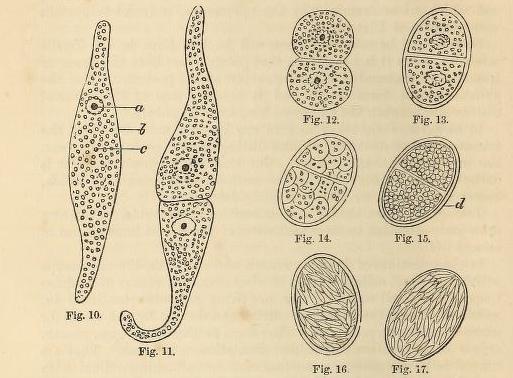 This week, Sara Maston shares some content and reflects on Charles Robert Bree’s Popular illustrations of the lower forms of life; comprising I. The protophyton. II. The protozoon. III. The coelenterate from the Thomas Fisher Biodiversity Collection.

In early January, winter cityscapes are seemingly devoid of other forms of life, especially within the past two years of the COVID-19 pandemic. Most of us are stuck inside, looking out our windows at frozen grey streets vacant of the usual pedestrian bustle. However, if a scalar shift in perspective is taken, we will notice that life persists. If our recent global crash course on viral contagion has taught us anything, things living or otherwise outside of our habitual vantage point can have great effects on humanity, and bear paying attention to. A historical example of this kind of detailed examination, Popular illustrations of the lower forms of life (London: H. Cox, 1868), author Charles Robert Bree takes a microscopic look at other-than-human forms of life. 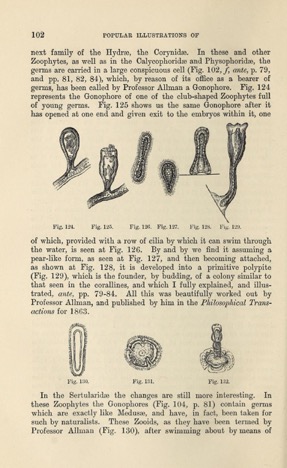 This book is an excellent example of the state of affairs of the history and philosophy of science in the 1800s. The author, British zoologist Charles Robert Bree, is notable for his persistent rejection Darwin’s theory of natural selection, and his stance against evolution in general is often the conclusion he argues using examples from the natural world (for a more in-depth take on the Bree’s position see also Fisher’s copy of An exposition of fallacies in the hypothesis of Mr. Darwin, available on the Internet Archive). In Popular illustrations of the lower forms of life, biology is said to be governed by a Divine Architect and structured hierarchically, wherein man is the physical representative of god and lord of all nature on earth (London : Longmans, Green, and Co., 1872). This sentiment underlies the discussion of these small plants and animals we see here. So-called “lower forms of life” are seen as such because of their structural simplicity.

The contents of the book are split into three parts, The Protophyton, The Protozoon, and The Coelenterata. The book is arranged in this manner because Bree sees the physical composition of these living things as reflecting their ascending order within the hierarchy of beings, informing his understanding of natural philosophy. 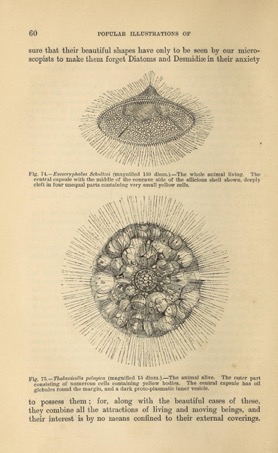 In part I. The Protophyton, Bree speaks about the natural history and structure of plants through a parable of a grain of wheat. Following this, part II. The Protozoon, focuses on the cells of which all animals are formed. Bree begins by introducing the simplest Protozoa: The Gregarina and Infusoria, and concludes with the Radiolaria, which the author describes as a step upward in the scale of living things. He provides in-depth descriptions of these types and sub-types of organisms and includes detailed illustrations in order to introduce a convincingly thorough scientific description of the natural world, bolstering his claims against natural selection. The illustrations of these plants and animals are depicted in an ideal way, wrought painstakingly to demonstrate their growing complexity. 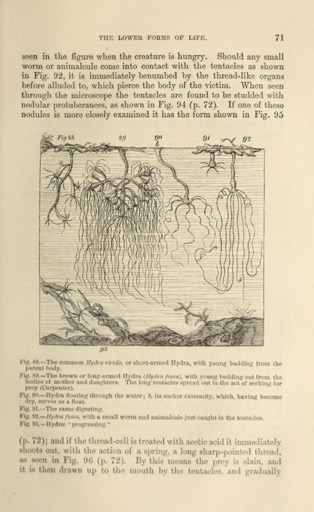 Part III. The Coelenterata is a detailed overview and analysis of the two forms of Colenterata: The Hydrozoa and the Actinozoa. The Hydrozoa are water-dwelling organisms defined by Bree as possessing stomachs that are hollowed out sections within their bodies, and the Actinozoa are characterized by animals with stomach organs. Bree concludes that the differentiated stomach organ is “a great step in the upward progress of the living being towards that perfection of structure which we see in man” (105), the form of life he sees as closest to God. 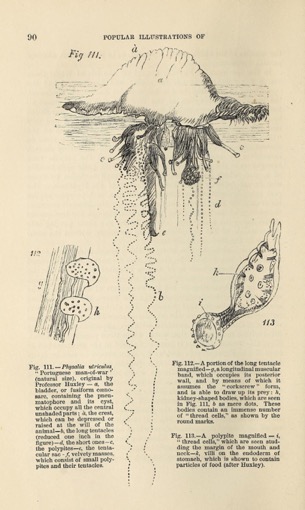 Bree describes the differences between life forms as physical results occurring through a process of differentiation, which he defines as a change we have no possible explanation for.

For Bree, biology is governed by some unknowable Vital Principle. The facts that one cannot explain are not observations incapable of being analyzed by his contemporaneous, limited science - rather they are seen as ultimately out of reach of all human comprehension. Throughout this book, Bree uses his scientific descriptions to motivate this central dogma. In his book An exposition of fallacies in the hypothesis of Mr. Darwin he uses this structure to describe differences between human beings, effectively rendering scientific his untenable racist beliefs.

Although Popular illustrations of the lower forms of life; comprising I. The protophyton. II. The protozoon. III. The coelenterata represents antiquated scientific understanding about hierarchy of life on earth, it is nonetheless an important preliminary foray into microbiology in the English-speaking scientific world- a subject mostly published on by the French and German scientific communities at the time. 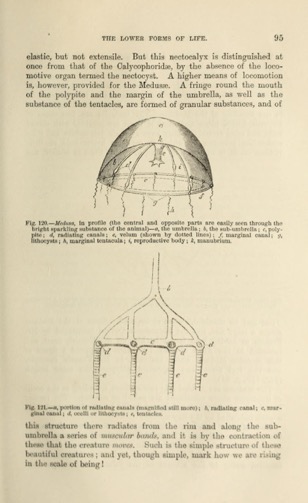 Looking at this document now, it serves as a call for us to reflect on the realms of life we inflect with our personal beliefs. The very concept of some coalesced nature itself, what it means in the human imaginary, is just that. Nature is a convenient other. But if this era of planetary imbrication of selfhood into the order of small, immensely impactful viruses, this clear subject we call nature actually doesn’t exist. We are immersed in it, and a part of it.