IA Book of the Week: Monsters of the Sea 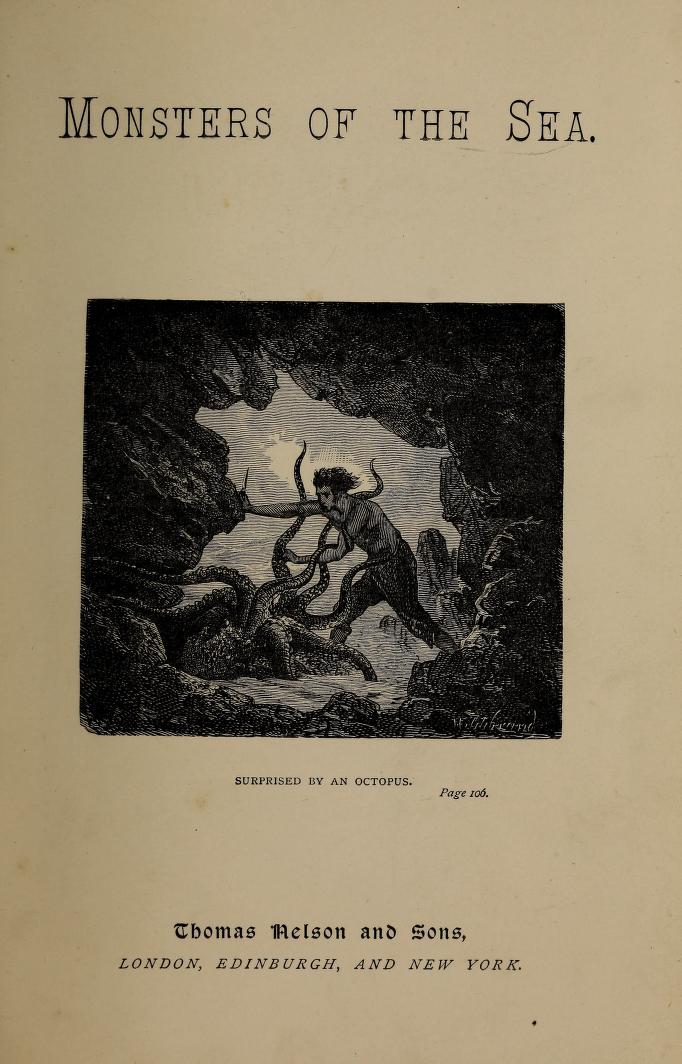 Each Monday, The Fisher Library highlights an item from one of its many collections available for all to explore on the Internet Archive. This week, Rachael explores an intriguing item from our biodiversity collection.

When one is asked to imagine “biodiversity,” monsters and legendary beasts do not often come to mind. “Monsters of the Sea, Legendary and Authentic” is a stunning item from our biodiversity collection, containing intricate illustrations and fascinating information. It was written by John Gibson and  published in 1887. The book begins with a preface, introducing its readers to a brief history of sea monsters and how modern science and exploration can now explain what many of these creatures actually are. “In ancient times little was known of the sea and its inhabitants.” The author explains that because so little was known about what lurked in the depths, it allowed for people’s imaginations to run wild about what was beneath the surface of the water. 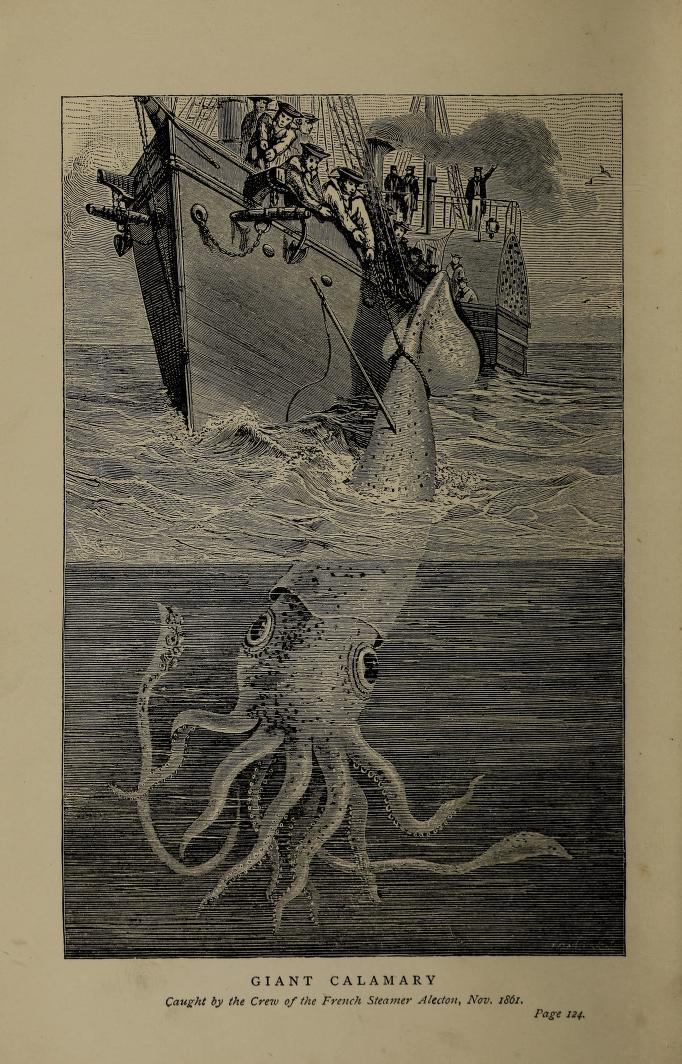 The contents of the book are separated by sea creature, mainly different types of sea-serpents both real and imagined, squids and cuttle-fish, and the octopus. There is also a list of illustrations found in the book with their corresponding page number. The book begins with an introduction to sea snakes. The author explains that many snakes found in the sea are likely to have been carried out by rivers and lakes, but there are many serpents who are born, live, and die in the water. Most sea snakes, he claims, are harmless but can be quite large, which is the source of legends of giant sea serpents  “…navigators of all sorts in Norwegian waters are agreed in this strange story that a serpent of huge size – namely, two hundred feet long and twenty feet thick – occurs, and that it is to be found living in caves and rocks of the sea-coast about Bergen.” According to legends, the terrifying serpent will sometimes feed on sailors. Gibson proclaims that there are many tales from shoremen that validate the creature’s existence. Despite the dozens of accounts of those of who claim to have witnessed such a beast, Gibson states that any giant sea serpent is likely just a pod of porpoises travelling in single file. 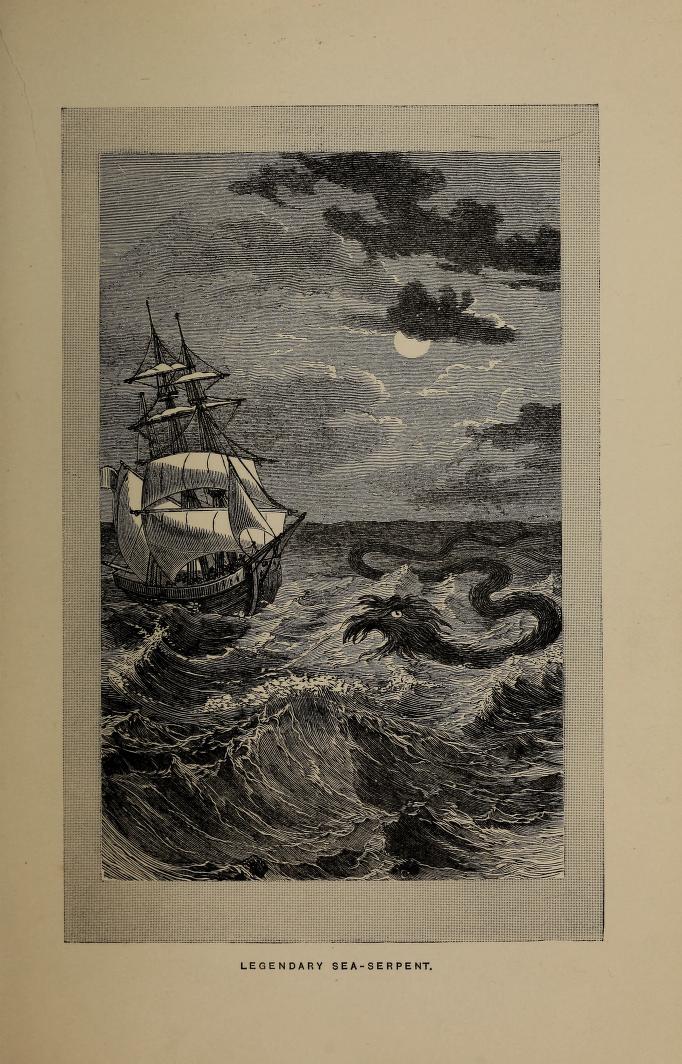 Thanks to popular culture, most people are familiar with the legendary Kraken, or some iteration of it. The kraken is famous in the traditions of the Scandinavian coasts, according to Gibson. He claims that the legend amongst fisherman is that once one starts drawing a fish with every hook and if the water suddenly becomes unusually shallow, the kraken is most certainly at the bottom of the water. The kraken then rises to the surface, before slowly sinking back down again. As it descends, vast amounts of water is displaced due to its size, thus creating whirlpools. He goes on to claim that in all accounts the kraken is so large it could be mistaken for an island. While Gibson claims that the kraken is simply legend, he goes on to say that it is not altogether mythical. “Its numerous arms and the use to which it put them, its habit of rendering the water thick and turbid, as well as its musky scent, all point to one or other of the numerous class of cuttle-fishes as the true original kraken.” 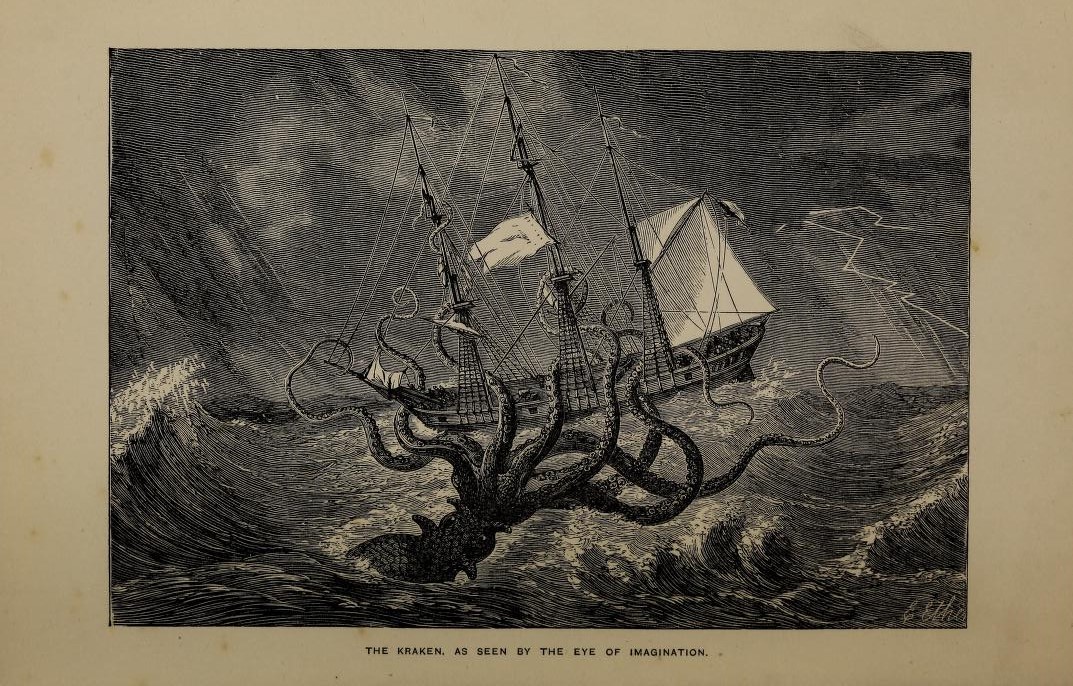 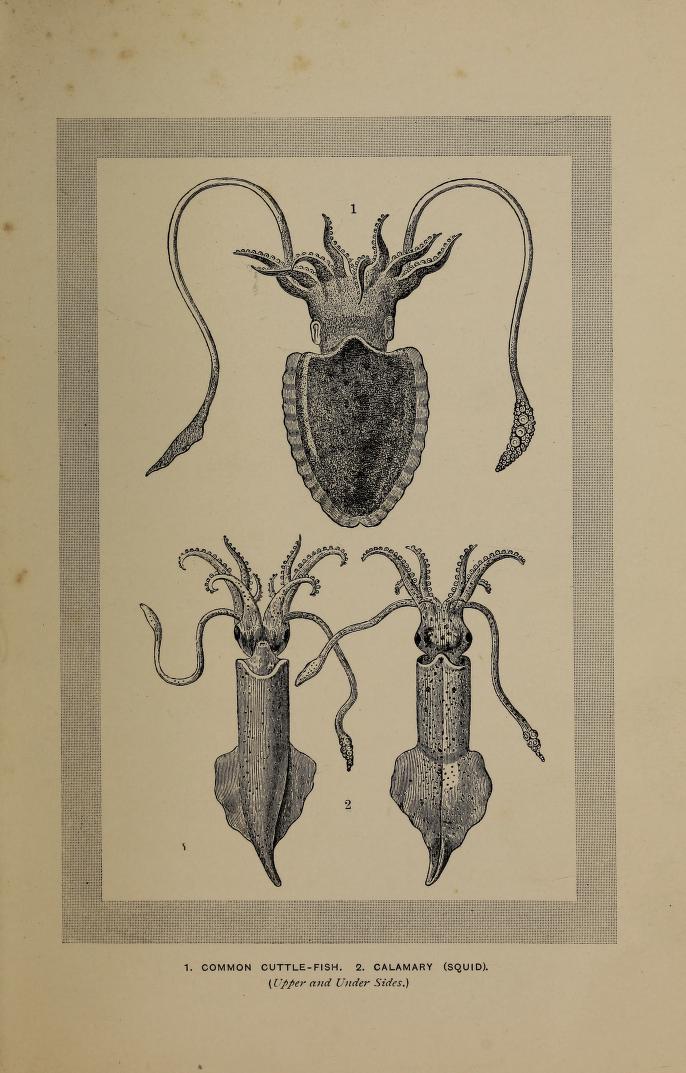 The proceeding chapters focus on the cuttle-fish, squid, and the octopus. The final chapter is on the “giant cuttle-fish,” no doubt the inspiration for the legendary kraken. Gibson describes how there are many accounts in which these creatures’ captures were attempted without success, and most that have been captured and displayed were dead.

Interestingly, at the very back of the book is a list titled “Choice of Gift Books.” There are also other lists following of a similar nature such as “Gift-Books for the Young,” “Books for the Little Ones,” and “Elegant Gift Books Splendidly Illustrated,” to name just a few. Many of the books follow the same theme of nature and biodiversity so it is clear that books of this topic were quite popular in the 19th century, as they captured their readers’ imaginations. No doubt something to keep in mind for the coming holiday season.