IA Book of the Week: History of Canada 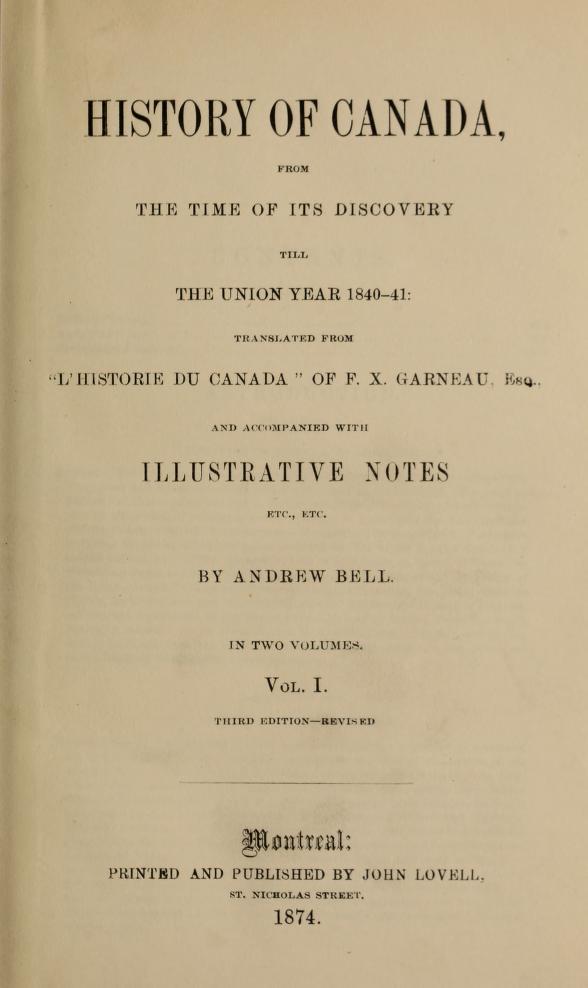 Every week the Fisher Library highlights a book from its digitized collections on the Internet Archive, which is open to anyone and great to explore. This week, Rachael takes a look at an item from our Canadiana Collection.

“History of Canada from The Time of its Discovery till The Union Year 1840-41” is a 572 page translated account by Andrew Bell. The original, in French, was written by F.X. Garneau and was titled, “L’Historie Du Canada.” This book is also the first of two volumes. It was published in 1874, seven years after Confederation.

As this book is quite large and covers hundreds of years of history, it is separated into different sections which are labeled in the table of contents as “Book One” through to “Book Ninth” with different chapters in each. There is also an introductory section of the book containing chapters, as well as an editor’s preface, an author’s preface, and a preliminary disclosure. The introduction is divided into two chapters: one on the discovery of America and the other on the discovery of Canada. Of course, being produced in 1874, the idea of “discovering the Americas” was widely regarded as the true history of North America as the histories of Indigenous peoples and their rights to the land were not recognized. Each book focuses on a specific aspect of Canada’s settlement by Europeans. The first book is on the establishment of New France, while subsequent books focus on government, the struggles between state and church, different colonies, the Seven Year’s War, and it concludes with the Battle of Ticonderoga.

“Among the Greeks and Romans, who deified all things which bore the stamp of greatness, the founders of cities were worshipped as gods. Had Columbus been a citizen of olden Rome, he would have taken rank with Romulus…Columbus alone conceived the magnificent idea of raising the mysterious veil which, before his time, covered the western limits of the Atlantic Ocean.” This passage is what begins the first chapter of the introduction on the discovery of America. One can see from reading this that Columbus was held in extremely high regard as the man who discovered the “new world.” Garneau then launches into a brief history of a number of ancient civilizations and their discoveries, likening some of them to biblical passages. It is important to note just how many times the words “discovery of the New World” are mentioned in this chapter, despite the fact that the world Columbus “discovered” was not new. 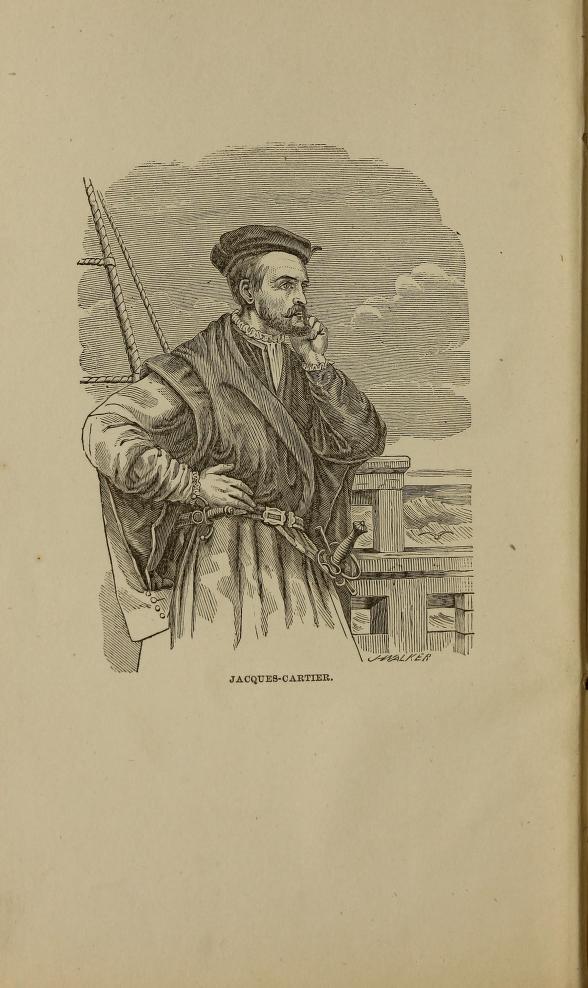 There is scarcely any mention of Indigenous peoples until almost one hundred pages into “A History of Canada.” Even further into the book, there is a section titled “The Aborigines” that begins by stating that when Canada was “discovered” it was found to already be inhabited. The fact that Canada was already populated did not deter the Europeans. It has taken centuries for the history books to be rewritten to reflect the real history of the Americas. For a long time, Columbus Day has been celebrated in the United States as a celebration of Christopher Columbus making landfall in 1492. In 1972, it was officially declared a natioonal holiday to be celebrated on the second Monday in October. Generations of Indigenous people have protested Columbus Day and the meaning behind it. For many, Columbus Day represents colonialism, and the murder and displacement of millions of Indigenous people. There are many states now that observe Indigenous Peoples Day in place of or in addition to Columbus Day. In Canada, National Indigenous Peoples Day is June 21. It is celebrated on the day of the summer solstice as many Indigenous Peoples have celebrated their culture and heritage on or near this day as it is the longest day of the year. While celebrations were encouraged to be held at home or virtually this past summer, make sure to mark your calendars for Indigenous Peoples Day 2021 and celebrate the history of Canada.