IA Book of the Week: Castorologia; or the History and Traditions of the Canadian Beaver 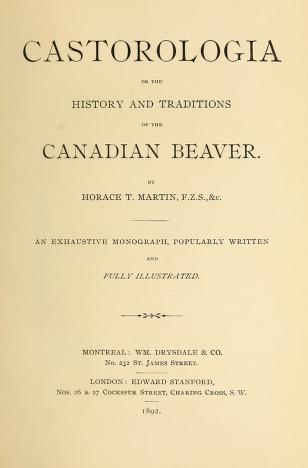 Every week, the Fisher Library highlights an item from one of its many collections available online on the Internet Archive. This week, Rachael takes a look at a book from our Canadiana Collection.

Hot off the heels of a recent Canadian holiday, it seemed only appropriate to highlight a book featuring a recognizable Canadian symbol. Castorologia; or the History and Traditions of the Canadian Beaver, by Horace T. Martin provides an in-depth examination of the popular animal. The preface begins with the bold statement that “a traditional knowledge of the beaver is the birthright of every Canadian.” Martin goes on to say that Canada has been know as the home of the beaver for nearly three hundred years and that it (the beaver) has contributed to the country’s most substantial advancement. For many, this might seem like a lot of praise for such a humble animal. A quick glance at the Table of Contents and the reader can see that Martin’s book is extremely comprehensive. Some of the chapters include “Mythology and Folklore,” “Life History of the Canadian Beaver,” “Engineering Accomplishments,” and “Uses of the Beaver in Manufactures.” There is also an appendix and an extensive list of illustrations with corresponding page numbers. 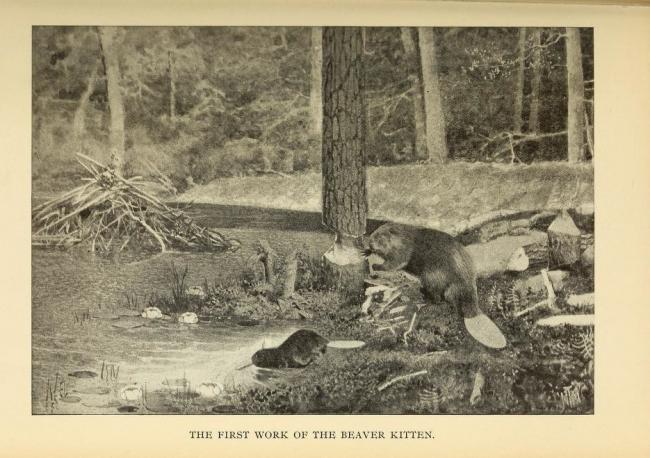 Following an Introduction, the chapter on Mythology and Folklore begins with a discussion of the Indigenous peoples of Canada, and their relationship to the beaver and the land. In some Indigenous origin stories (according to the author), the world began covered with water and it was not until giant beavers and otters brought up mud from the bottom of the water that land was then created by the Great Spirit. He goes on to say that through these legends and their misinterpretation, there exist some extreme tales of beavers the size of horses with horns and a “tail like a wild hog.” 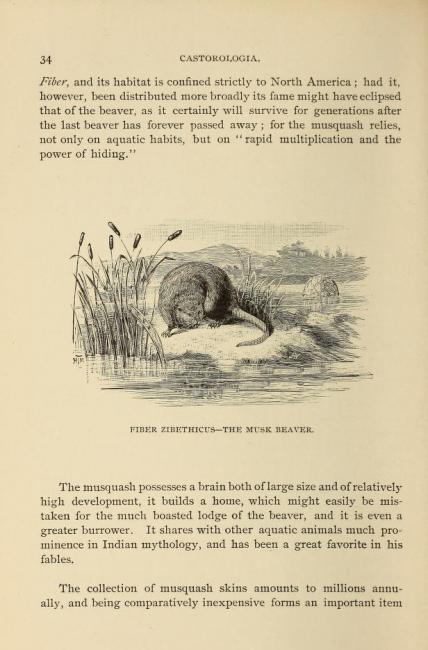 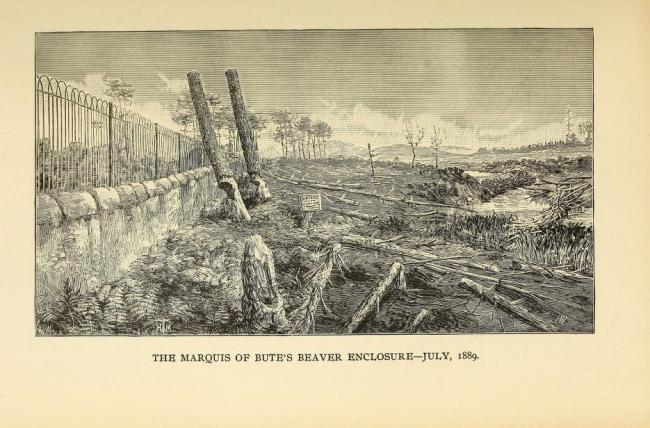 As the book progresses, some interesting uses of the beaver are brought up. On page 84: “testimony is so universally favorable as to the excellent quality of the meat, that it would be heresy to dispute its merits.” Despite this endorsement, Martin does note that we need to imagine the limited choice of food that settlers actually had to choose from. This might explain why beaver tail allegedly tasted like “the choicest bacon.” 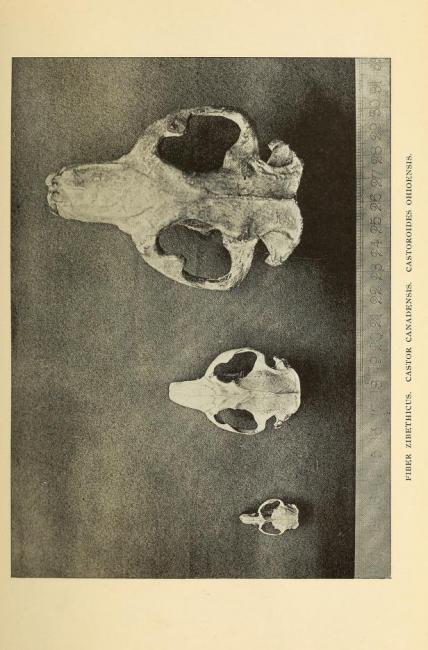 Towards the end of the book there is a chapter on hunting the beaver and its use in the fur trade. There is also a section that includes information on beaver domestication and another on taxidermy. According to Martin, the beaver’s skull is stronger and more solid than any other rodent. This fact, among others make the beaver tricky to preserve. With this in mind, perhaps we should stick to getting our hands on a different kind of beaver tail: the kind covered in chocolate syrup and whipped cream.