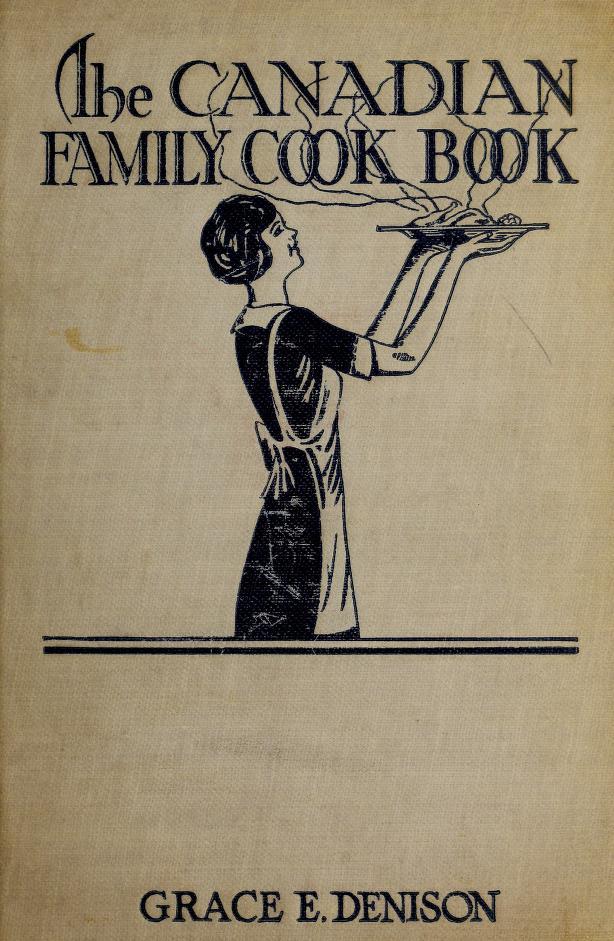 Every Monday (even holiday Mondays) the Fisher Library highlights its holdings on the Internet Archive, which are free to access and great to explore. This week, Rachael takes a look at some classic Canadian cooking.

Over the past few months in quarantine, many of us have had to take on added responsibilities such as working from home or being a full-time teacher to our kids, or both at the same time. As many restaurants are still navigating how to re-open safely, you may find yourself in a dinner rut as you have exhausted all of your cookbooks and favourite internet blog recipes after months of eating at home. Luckily, the Fisher Library’s Internet Archive holdings comprise of numerous cookbooks, including the Canadian Family Cookbook: A Volume of Tried, Tested and Proven Recipes by Prominent Canadian Ladies. This publication in particular was published in 1914 in Toronto by George J. McLeod Limited Publishers. The cookbook does not credit any specific author, although it does mention that it was edited by a Grace E. Denison. The author(s) in this case are the “prominent Canadian ladies” mentioned in the subtitle. Traditionally, cookbooks were written by women, for women. Women shared recipes with each other through the publication of cookbooks which were often compiled together by different women’s associations and church groups. These “community cookbooks” began popping up in Canada as early as 1877. The Home Cook Book was one such book, compiled of recipes that were contributed by women of Toronto and the surrounding area in order to raise money to benefit the Hospital for Sick Children (Sick Kids). For women at this time, community cookbooks were a way in which they could create recipe collections suited to their specific tastes. 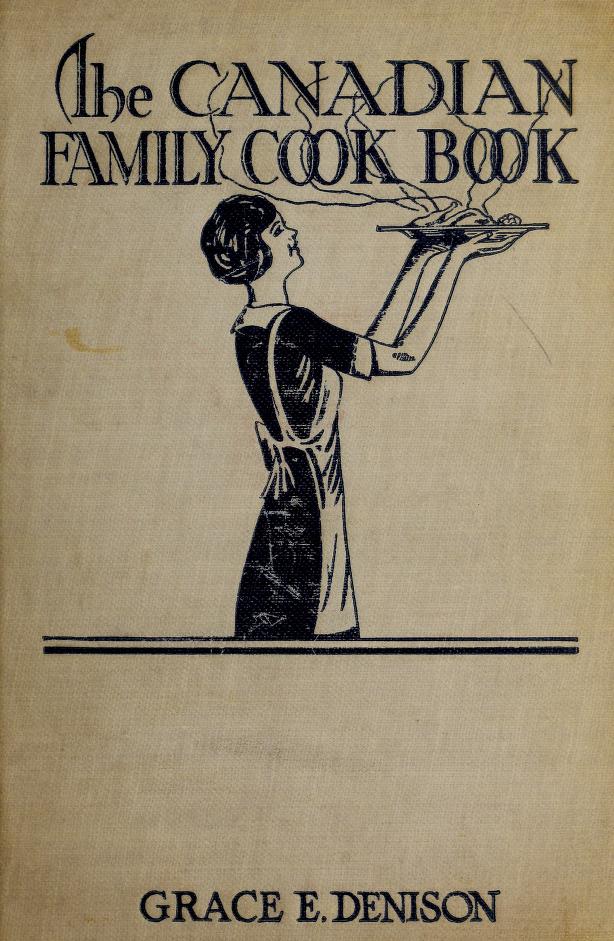 There is no introduction to the Canadian Family Cookbook, suggesting that its reader is ready to dive right into its contents. The first two pages include a handy reference on the usage of weights and measurements found throughout the book, as many of the recipes jump between using pounds and cups. The rest is an exciting 529 pages of recipes including everything from soups, meats, vegetables, desserts, eggs and omelets, toast, pickles and preserves, to “dishes for the sick,” a section intriguingly called “toilet recipes,” and “dinner giving.” It would certainly take a long time to run out of ideas with this guide in your kitchen. The miscellaneous section offers recipes for sauces, stuffings, a one and a half page explanation on how to wash dishes, fancy cooking techniques, and some tips for “decoration on a hot day,” something that may be useful for your next socially distanced BBQ. It states,“A pleasant decoration for a hot day may be made of a block of ice set in a pan deep enough to hold the drippings….the pan should be concealed with moss and ferns, or flowers, arranged around it loosely so as to partly conceal the ice also. This decoration is easily managed in the country, where ferns are readily obtainable.”

If you are tired of making sourdough (which surprisingly there is no recipe for in this book, but there are plenty of blank pages to write in your own) then maybe investigate the rest of the bread chapter where you can try out some rye bread found on page 322, or perhaps some hot cross buns on page 326. If you are in a part of the continent where dry yeast has not yet been replenished, you could always make your own with this old-fashioned yeast recipe on page 314. Though you would have to track down fresh yeast cake and hops. 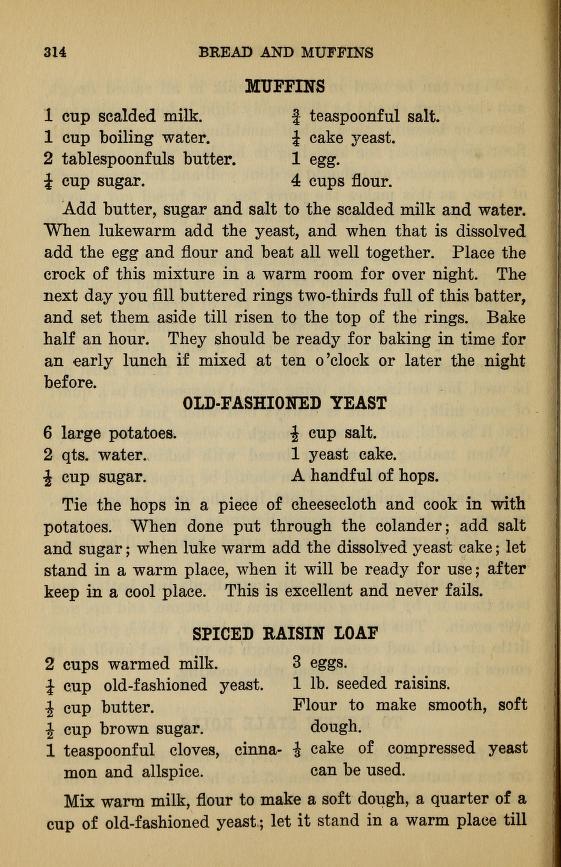 If the above sections do not interest you or you are looking for a more unusual challenge, you could contact a local herbalist and open up the section of the book titled “toilet recipes.” This section contains recipes for balms, salves, creams, pot-pourri, dandruff remedy, and hair wash.

The Canadian Family Cookbook is certainly accessible for anyone who is interested in improving their culinary prowess but be sure to have a sense of humour navigating some of these recipes, especially when they call for butter the size of a walnut.