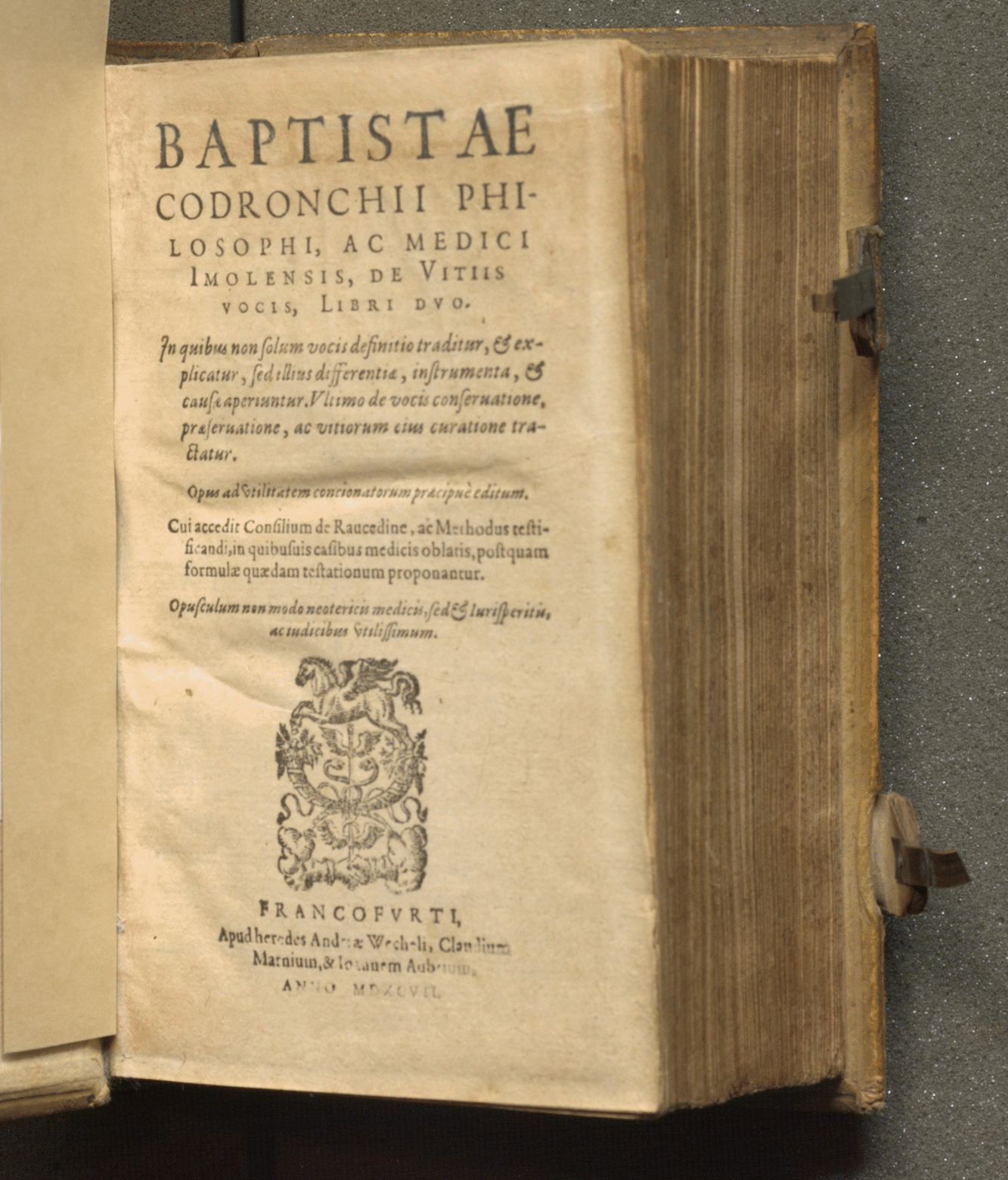 Sammelbands offer an interesting perspective into historical reading and collection habits. A sammelband is a collection of separately produced titled works that have been bound together into one volume. The work can be print, manuscript or a combination of both. Although they are bound together, they are paginated or foliated separately and usually include separate signatures. They need not share a common narrative, or be by the same author, and may have been later bound together with similarly sized items by collectors.

Historically, binding works together was a way to save funds, as the binding was the most expensive aspect of acquiring a work. The word sammelband is of German origin, meaning “anthology.” it combines the words sammeln meaning “to collect or gather” and band, which means “volume.” As such, a sammelband is better described by “the bringing together of volumes.”

When searched in a library catalogue, sammelbands will not always be categorized by the term, as some cataloguers previously favoured the terms “bound-withs,” “bound togethers,” or “binder’s volumes” to describe the work. Sources differ on the time period associated with the term, with some saying that the word sammelband should only be applied to works from the medieval and early modern period, however, the definitions in Sidney Berger’s The Dictionary of the Book, The Oxford Companion to the Book, A Dictionary of English Manuscript Terminology, and Rare Books & Manuscript Section of the ALA, do not specify an end date for the use of the term. In the Oxford Companion to the Book, librarian and scholar David Pearson writes that the term is now in circulation quite loosely, but it was originally only applied to represent tract volumes of printed and manuscript works from the late medieval or continental Renaissance periods. Collectors would bring together pamphlets or small publications on a variety of subjects, often political or religious in nature, resulting in a sammelband. Pearson associates the term sammelband heavily with works of politics and religion, often used to promote one’s ideas, as they could be constructed to fit a narrative that the publisher or collector wanted to promote.

While sammelbands were often bound together for a specific owner, they could also be ready-made for purchase.  Dutch printer Visscher would produce ready-made prints and pamphlets that were bound together to capitalize on political conflicts of the time, “...and to shape viewers’ interpretations about the causes, remedies, and future implications of them.” Like these ready-made works, a sammelband can influence a contemporary and historical narrative, and shape collective memory of political and religious events. Contemporary scholars have argued that they are under-utilized in scholarship, as they provide rich opportunities to study historical narratives. Owners would often leave traces of themselves within the pages, adding their names or even interacting with the works by writing comments in the margins. The sammelband provides an opportunity to examine an owner’s or a reader’s tastes or critical interpretations of historic texts.

The study of sammelbands is marred by the fact that many works have suffered from disbanding. It was common practice by libraries and collectors to disband work in order to highlight one valuable item from a collection, or in order to provide individually bound works, which was considered more modern. By doing so, many of the books were removed from their contemporary social meaning. 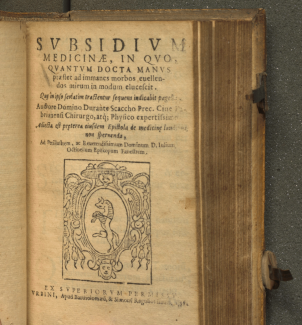 A key figure of renaissance medicine, the physician Giovan Battista Codronchi (1547–1628), authored the main works bound together in this sammelband. De vitiis vocis, libri duo is the first important work on forensic medicine. It is bound with a treatise on the diseases of the larynx, particularly the healing of the damaged voice. His works highlight the interrelation between medicine and religion in Counter-Reformation Italy. Codronchi was also a figure who was heavily involved with politics and the church within his times, and his writings reflect this relationship. Sammelbands also provide an insight into the reception of ancient scholars in later years, and the reading practices of the time.  In this sammelband there is also a work by Arnold de Villanova, an alchemist and scholar from the mid-thirteenth century, writing a couple hundred years before Conronchi. It is bound with a work by Henrik Van Bra, another prominent scholar and physician of the time, and this information combines to show us a picture of an owner who practiced or had a strong interest in the scholarship of medicine. Someone who collected these and paid to have them bound together could have been a physician themselves, or someone interested in the history and study of medicine. These works have been rebound in contemporary blind stamp binding by Casper Horneffer, from Augsburg in Germany. Printing of volumes such as this was influential in encouraging new kinds of medical self-help.