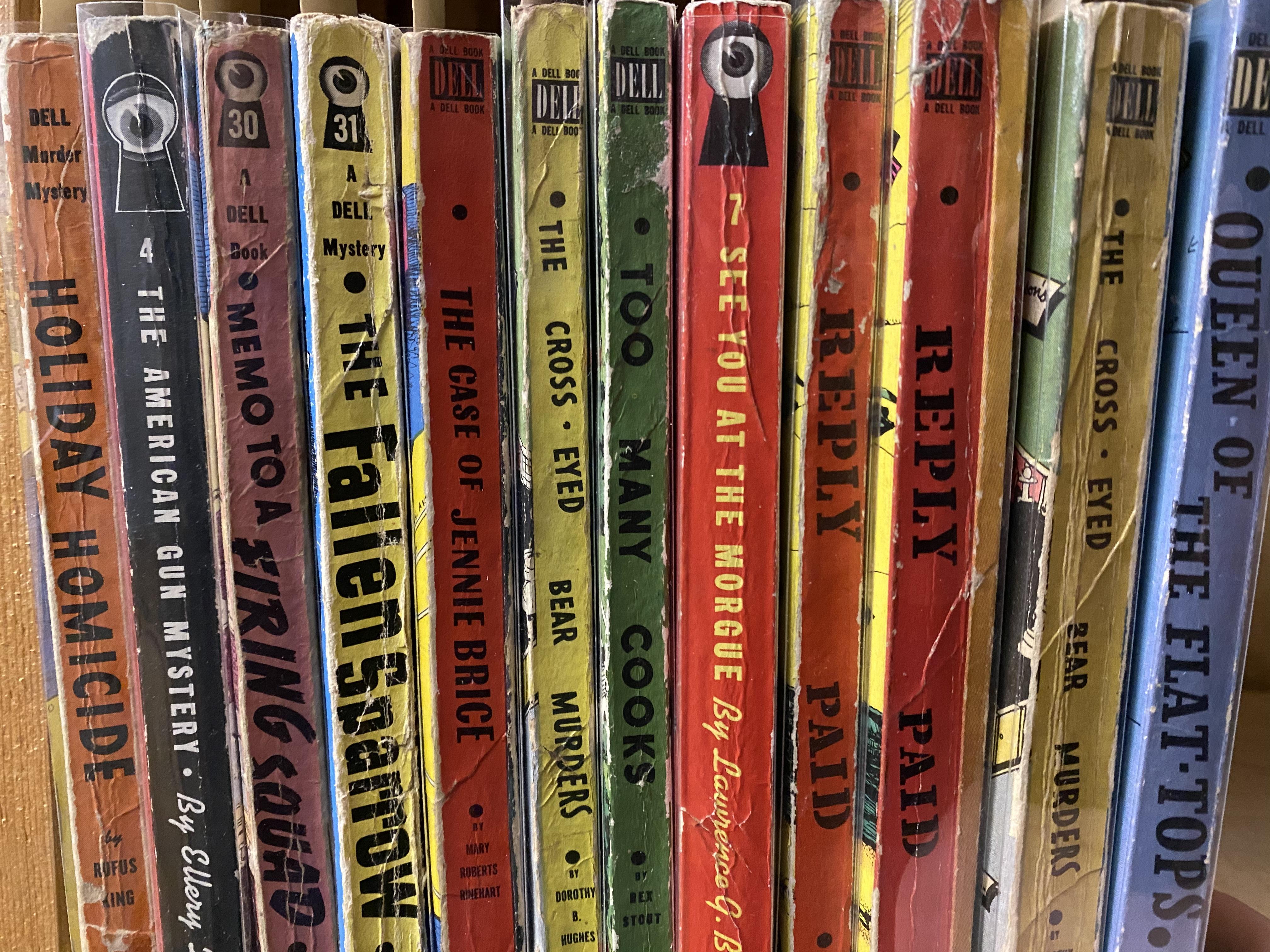 Pulp fiction books hold an important place in special collections libraries. As a genre, pulps were initially marketed in the United States to adult audiences with a combination of eye-catching covers, low prices, and racy story lines. The genre was named after the pulpwood paper used in their production. This paper was one of the cheapest available and is characterized by its unfinished edges and low quality. The age of pulp lasted from 1896 to 1955 and featured storylines of crime, science fiction, war, and westerns with stereotypical character archetypes. As the pulp fiction story evolved so did the content become more sexual and explicit. Pulps were published in magazines featuring multiple short stories and later as individual books. The first pulp was published in 1882 by Frank Munsey called Argosy. It was 200 pages consisting of short fiction stories and poetry printed in block text. It was an instant success.

By the 1920s, the design and illustration of covers in colour became a notable feature of pulps. Pulp covers appealed to readers with their explicit use of images and text. This style of cover design defines the genre as much as the style of writing that emerged in the early decades of pulps. Pulp fiction publishers would often assign pseudonyms to their authors to prevent an audience following, which would result in the author being paid more money. Tactics such as this, combined with cheap paper, allowed pulp fiction magazines and books to be sold for a low price, thus making them accessible to all audiences. These books were merely for entertainment value, often including series and recurring characters, that kept customers coming back for more.

Pulp fiction books can be found in special collections collections today due to their cultural and social impact during the twentieth century. Pulps had a profound impact on the development of non-fiction by establishing the beginning of detective stories and science fiction genres in English. The invention of the modern sci-fi story is credited to pulp fiction magazine Amazing Stories published by Hugo Gernsback.  Pulps became more expensive during the Second World War when paper was rationed, and prices were raised. For this reason, the genre became less popular in the mid 1950s, eventually being replaced by modern paperback books, large format illustrated magazines, and small format digest publications. Pulps did not completely disappear, some publishers continued producing pulps through the 1970s and 1980s. 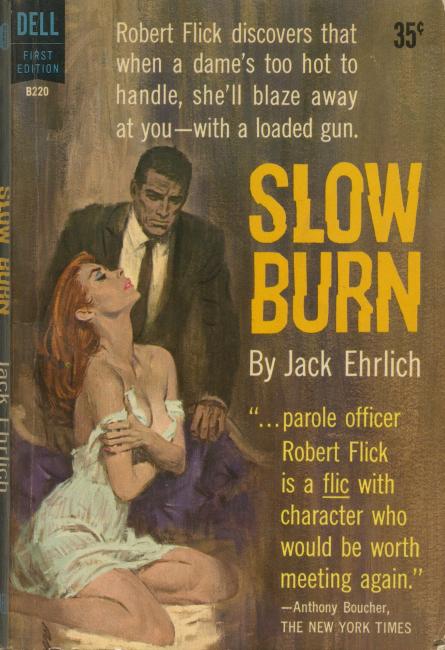 Published in 1961 by Dell Publishing Company and written by Jack Ehrlich, Slow Burn is a good example of the typical cover design associated with pulp fiction. The cover features a woman in a sensual position with little clothing while a male figure hovers over her. A dark background brings the female character into focus, who is drawn in lighter colours. The title is written in a large bright yellow font, catching the reader’s attention and alluding to a sensational storyline. The array of colours used in the cover art breathe life into the illustration. The scantily clad woman drawn on the front is characteristic of the kind of cover art one would see on pulp fiction novels. The dark back cover and associated cryptic summary provides promise of the potential sensational story within. A quick glance inside the novel draws the reader into the dark and its mysterious content, with a brief yet strongly descriptive statement referring to a sensual relationship between characters. One will notice that the book is a Dell First Edition, which suggests the exclusivity of the original novel. The publishing company provides a special offer to readers in the back of the book to allow them access to other Dell Books available in inexpensive paperbound editions. This advertisement perpetuates the affordability and availability of pulp fiction to the masses. 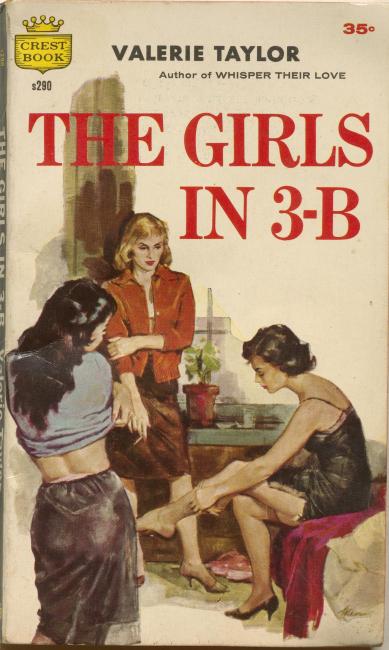 The Girls in 3-B by lesbian pulp author Valerie Taylor is a vivid and searching novel with a front cover illustration depicting three women in various stages of undress. This book is a Crest Original, with a unique stamp that identifies the novel as never having been published as a book prior to this edition. The Girls in 3-B is a classic pulp tale which details the lives of three small town girls who move to the city in the 1950s. The back cover description refers to the personalities of three best friends as they evidently embark on paths of independence, sexual freedom, and self-expression. The short yet tantalizing descriptions of each character on the back cover give readers a glimpse into the lives of the female characters, alluding to the sense of danger and passion that they will encounter in the novel. A brief snippet from the novel assumes the first page of the book, which refers to mystery and taboo lesbian romance, characteristic of pulp genres of the mid-twentieth century.