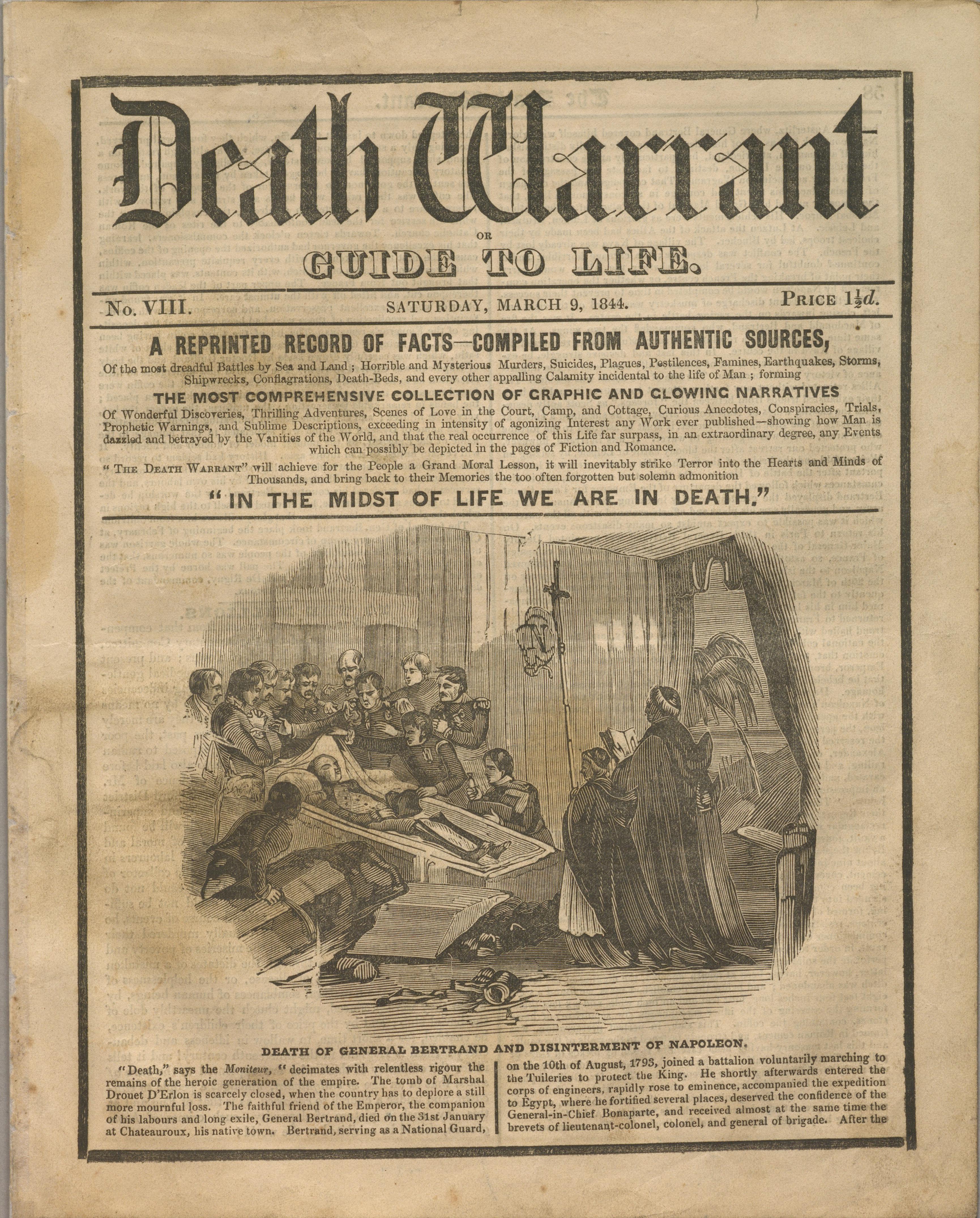 As literacy became more widespread in England in the 1830s and 40s, printing companies began providing cheaper reading material, and a new style of print emerged. ‘Penny dreadfuls’ or ‘penny bloods’ were periodicals that were typically released weekly and featured an illustration on the front cover followed by 8-16 pages of text. In fact, illustrations are an essential component of penny dreadfuls as their shocking imagery drew audiences in and served as an advertising tool. They included entertaining stories that often featured gothic tales of adventure, romance, mystery or crime. Their sensational stories were designed to scare, shock, disturb or disgust the reader. Penny dreadfuls were supposedly created for adults, but with their eye-catching titles and covers, this genre became very popular among children. The episodic publications were so popular between 1830-1850 that there were up to 100 publishers of dreadful fiction.

Edward Lloyd was a prominent publisher of periodicals, and one of the most common creators of penny dreadfuls. His works include popular titles such as Varney the Vampyre (1845), and Lives of the Most Notorious Highwaymen (1836). Another 18 part series published by Edward Lloyd, The String of Pearls (1846), introduced us to The Barber of Fleet Street, Sweeney Todd, arguably the most famous and enduring penny dreadful stories. One of the most successful penny dreadful series was Mysteries of London (1844), written by George Reynolds. This series spanned 12 years and captivated its audiences with tales of dreadful slums versus the lives of the rich.

Penny dreadfuls were popular for decades, but they were also quite controversial as many felt they exposed sex, crime and other nefarious activities to children. In 1890, Alfred Harmsworth of Amalgamated Press created the half-penny periodical (priced at just half a penny) in order to combat the corruption of penny dreadfuls. The creation of half-pennies effectively ended the era of penny dreadfuls. Half-pennies were similar but told stories with higher moral character. There is a fine line between penny dreadfuls and similar publications, but penny dreadfuls are generally characterized by their cheap manufacturing, shocking illustrations, intriguing titles and dreadful stories.

Let’s take a look at two examples of penny dreadfuls from the Fisher Library collections:

This penny dreadful features an eye-catching wood engraving illustration of an open-casket funeral on the front cover. The front cover describes the work as “A Reprinted Record of Facts-Compiled from Authentic Sources.” In classic penny dreadful fashion, this book is assembled in a cheap and almost disposable way with little to no actual binding. With eight pages in total, double columned text and more illustrations throughout the work, this is a strong example of the penny dreadful genre. 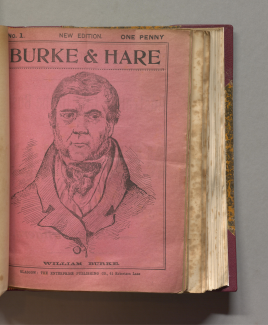 This penny dreadful features a portrait of William Burke, a character in the book. Similar illustrations of different characters are featured throughout the 16 pages of double columned text. While the front cover features a picture of a rather normal looking man, in true penny dreadful fashion, this periodical tells the story of gruesome murders that are at least partially based on reality. This story is based on the Scottish 1820s men, William Burke and William Hare who committed murder in order to supply anatomists with bodies. The inside cover promises the true story of Burke and Hare’s lives as well as “Stories of the Resurrectionist. The Fears and Precautions of People. Their Encounters with the Body-Snatchers. And the Stratagems used on Both Sides.” 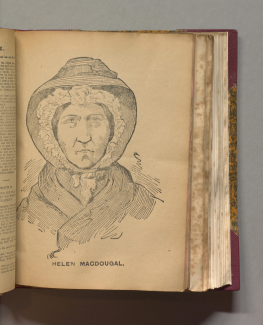 British Library. “The String of Pearls; or, the Barber of Fleet Street.” Collection Items. https://www.bl.uk/collection-items/the-string-of-pearls-or-the-barber-of-fleet-street