Fierce imaginings: The First World War in text and image 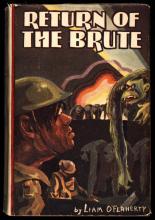 In June 1914, the assassination by Serbian nationalists in Sarajevo of Archduke Franz Ferdinand, heir to the throne of Austria-Hungary, triggered a series of events culminating less than five weeks later in the outbreak of the First World War. By war’s end, over fifteen million military and civilian lives had been lost, four empires destroyed, and the map of Europe redrawn. This exhibition focuses on the words and images of those who served in the Great War – individuals like Wilfred Owen, Siegfried Sassoon, and Erich Maria Remarque; but also on that of writers born decades after 1918, such as Pat Barker, Sebastian Faulks, and Joseph Boyden. These perspectives, far removed from one another in time and personal experience, illustrate the continuing importance and extraordinary influence of a war that was fought one hundred years ago.