Flickering of the Flame: The Book and the Reformation 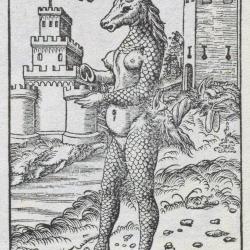 During one of his ‘Table Talks’ Martin Luther said that ‘printing is God’s ultimate and greatest gift. Indeed through printing God wants the whole world, to the ends of the earth, to know the roots of true religion and wants to transmit it in every language. Printing is the last flicker of the flame that glows before the end of this world.’ So close were he and the other Reformers to the appearance of this new ‘black art’, as printing by moveable type came to be known, that the Reformation is often referred to as ‘Gutenberg’s child’. That may be something of an overstatement. While the printing press cannot be solely credited with the revolution that occurred in Europe in the sixteenth century, however, it certainly facilitated it. The reality is that the thought of men like Luther, Calvin, and Zwingli, as well as Fisher, Loyola, and Bellarmine, was transmitted in a way unimaginable only a century earlier during the manuscript era.

The printing press proved to be a double-edged sword. For the Roman Catholic Church it represented the tool par excellence by which its message could be effectively disseminated; most Protestants, like Luther and John Foxe, celebrated what the press could do for the cause of reform. Both groups were in agreement on one point, however: the press had to be controlled. In the end, the overwhelming influence of this revolution in print would be no better resisted in the sixteenth century than the Internet could be in the twenty-first. In example after example, the first texts issued by the newly-established printing houses in the Germanic territories would be treatises either for or against the Reformation.

Although the vast majority of the population could not yet read, the presses of Europe churned out thousands of copies of sermons and pamphlets, Bibles, and commentaries that were finding their way into the hands of those who actually could. Whether the printed word was proclaimed from pulpits or shared in the taprooms of inns, the ideas of both the reformers and representatives of the old religion were now being more widely heard, if not yet universally read, while topical woodcut caricatures began to appear that were open to the interpretation of literate and illiterate alike. Luther’s comment during his table talk, therefore, that printing was the last flickering of the flame before the end of this world was not apocalyptic; rather it was the prescient observation of a man who understood that the printed text would become one of the most important instruments lighting the way into the modern era.

Among the highlights of this exhibition will be late Medieval vernacular texts, popular among the Humanists; early pamphlets by Luther and his associates; classics of the Continental Reformation, such as Calvin’s definitive 1559 edition of the Institutes; a 1549 copy of the Book of Common Prayer; early Catholic responses to the upheaval, like St John Fisher’s Sacri sacerdotii defensio contra Lutherum of 1525; and numerous works of illustrated propaganda, such as the first edition of Foxe’s Book of Martyrs and the exquisitely gruesome Ecclesiæ anglicanæ trophaea published by the Roman College in 1584. The exhibition continues by looking at the ripples of the Reformation in North America, as well as the way in which the movement left its lasting effects on the world of art.

This exhibition was curated by the Fisher Library's Pearce Carefoote.

The audioguide for this exhibition can be accessed at this url http://go.utlib.ca/refaudio