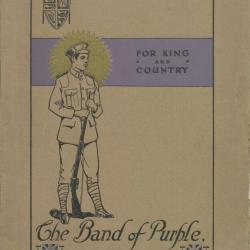 November 11, 2018 marks exactly one hundred years since an armistice between the combatant nations went into effect and the First World War ended. After more than four years of horrific fighting, a conflict that encompassed the globe and included all of the major powers - Britain, France, Germany, Austria-Hungary, Russia, Italy, Japan and the United States – and resulted in the deaths of over sixteen million people, had finally drawn to a close. Canada as part of the British Empire, played a significant role, with more than 600,000 men enlisting in the Canadian Expeditionary Force, of whom close to 61,000 were killed on the battlefields of France and Belgium. Newfoundland, not yet a part of this country, also suffered grievous losses. This contribution is all the more remarkable when one considers that the population of Canada when the war began in 1914 was just over 8 million. Our soldiers earned a well-deserved reputation as superb fighting troops, a reputation forged in the battles at Ypres, the Somme, Vimy Ridge, Passchendaele and Amiens. Canadian men and women from all walks of life answered the call, including thousands from the Indigenous communities. For those who remained at home the war brought government-imposed restrictions, hardships, and personal tragedy, but it also offered opportunities to engage in war-related public service activities and to begin the process of breaking down sexual stereotypes. Canadian society was never the same.  The unveiling last year of a monument in France dedicated to those Canadians who fought and died during the battle of Hill 70 in 1917, and the recent discovery and identification of the bodies of four Canadian soldiers killed in that fighting and who were subsequently buried with full military honours, illustrate the continuing presence of the First World War in our collective consciousness. We commemorate this important date in our nation’s history as an acknowledgement of the great sacrifices this generation of Canadians made, especially those who never returned and lie in foreign fields far from home. It is to them we pay special tribute.